SYDNEY, Oct 12 (Reuters) – Australia’s Westpac Banking Corp (WBC.AX) said on Tuesday it will take a one-off charge of $956 million against its second-half profit mainly due to a weaker earnings outlook at its institutional banking unit as well as remediation charges.

“Overall we think it is a setback for management as they look to build credibility with investors,” said Citigroup banking analyst Brendan Sproules.

“Investors may raise questions around the timing as (interest) rates have been low for some time, and now potentially on the rise.”

Australian interest rates have been at record lows since November 2020 but economists expect they will start rising again as soon as next year.

Westpac shares were 1.65% lower after the bank said the A$1.3 billion one-off charges included provisions to pay out customers seeking remediation for wrongly charged fees and costs associated with the sale of its life insurance unit.

The company cut the value of its Westpac Institutional Banking (WIB) unit by nearly A$1 billion after “reducing risk in the division through the exit of energy trading, consolidating our Asian operations and reducing our correspondent banking relationships which have all impacted earnings”, it said in a securities filing.

“It was surprising to see they had more charges related to regulatory issues,” said Adam Dawes, an investment advisor at Shaw and Partners Ltd. “We expected Westpac had already accounted for and fixed all those remediation costs.”

The bank is scheduled to report annual results on Nov. 1 and was expected to post a cash profit of A$6.5 billion, according to the average forecast of 13 analysts polled by Refinitiv before the charges were announced, nearly triple the previous year’s result which was impacted by COVID-19 loan repayment freezes and other macroeconomic shocks. 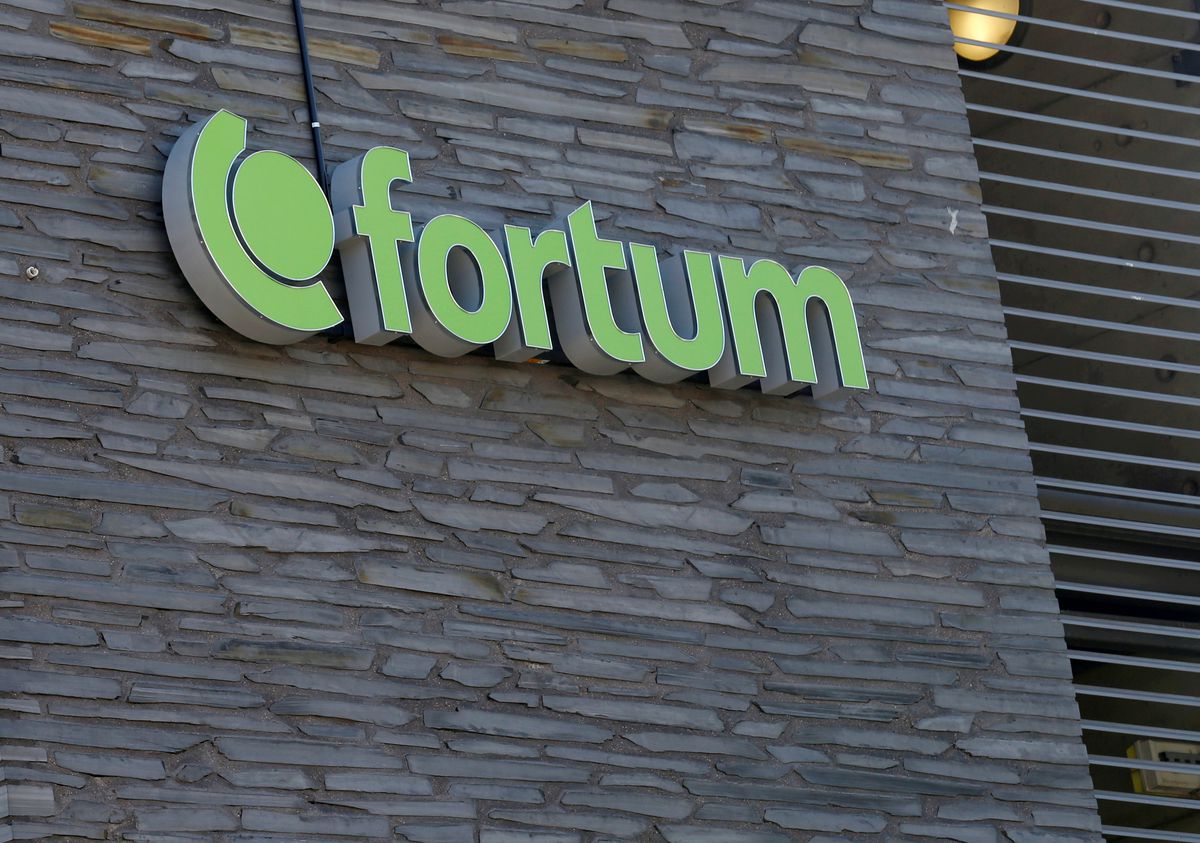 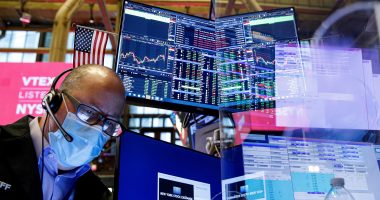 The benchmark S&P 500 and the Dow industrials hit record highs on Monday as investors moved into defensive sectors and stocks recovered from losses earlier in the session, shaking off glum economic data out of China. 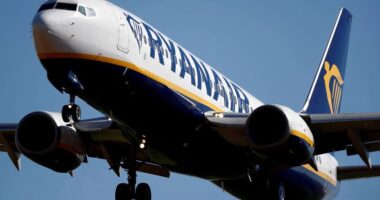 Ryanair (RYA.I) on Monday nudged up its forecast for full-year traffic on strong summer bookings but said fares remained well below pre-pandemic levels as it reported a first-quarter net loss of 273 million euros ($322 million).