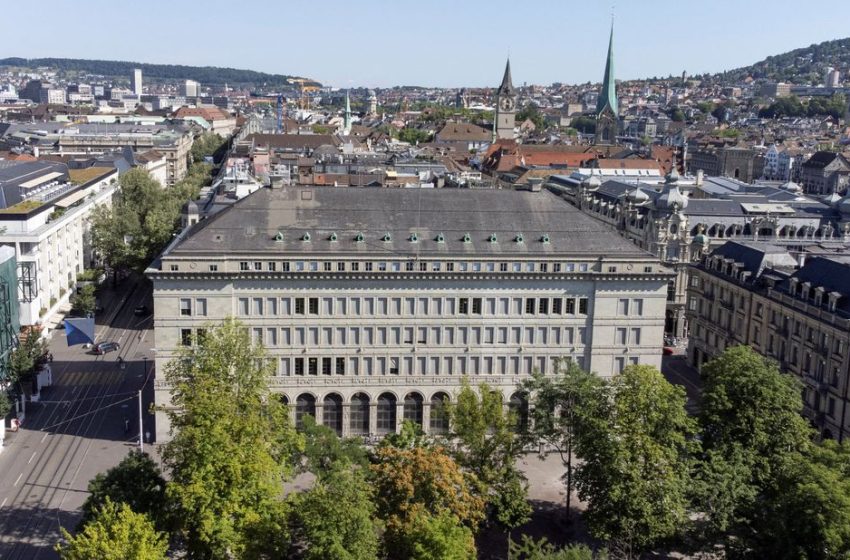 A general view shows the building of the Swiss National Bank (SNB) in Zurich, Switzerland June 23, 2022. Picture taken with a drone. REUTERS/Arnd Wiegmann

ZURICH, July 29 (Reuters) – The Swiss National Bank (SNBN.S) reported a first-half loss of 95.2 billion Swiss francs ($100.08 billion) on Friday, the biggest six-month loss since the central bank was founded in 1907.

The SNB reported a second-quarter loss of 62.4 billion francs, also its worst ever quarterly performance.

“The loss is historic, but most of it is an unrealised paper loss relating to lower valuations of bonds and shares,” said Credit Suisse economist Maxime Botteron, who said the result was unlikely to be a worry for the SNB.

“I don’t think this will have any effect on the SNB’s monetary policy at all, the only impact may be on the public finances because the SNB’s payout to the government and cantons could be less next year.”

As a central bank the SNB cannot have liquidity problems because it can meet its payment obligations by printing money.

During the half year, the SNB made a loss of 97.4 billion from its foreign currency positions — its stocks and bond portfolio — while it made a 2.4 billion franc profit on its gold holdings. read more

The loss was worsened by a 10.3 billion loss due to exchange rates, as the stronger franc further reduced the value of foreign investments.

An SNB spokesperson reiterated on Friday that the loss had no influence on the SNB’s price stability mandate.

SNB Chairman Thomas Jordan had said last year that making profits was not the SNB’s aim and would not affect its monetary policy goal of keeping inflation under 2%.

“The SNB’s monetary policy mandate always takes precedence, and there can also be times when fulfilling this mandate means accepting losses,” he told the bank’s shareholders in April 2021.

The central bank in June raised interest rates for the first time in 15 years as it aims to get a grip on rising inflation, with more hikes expected. read more