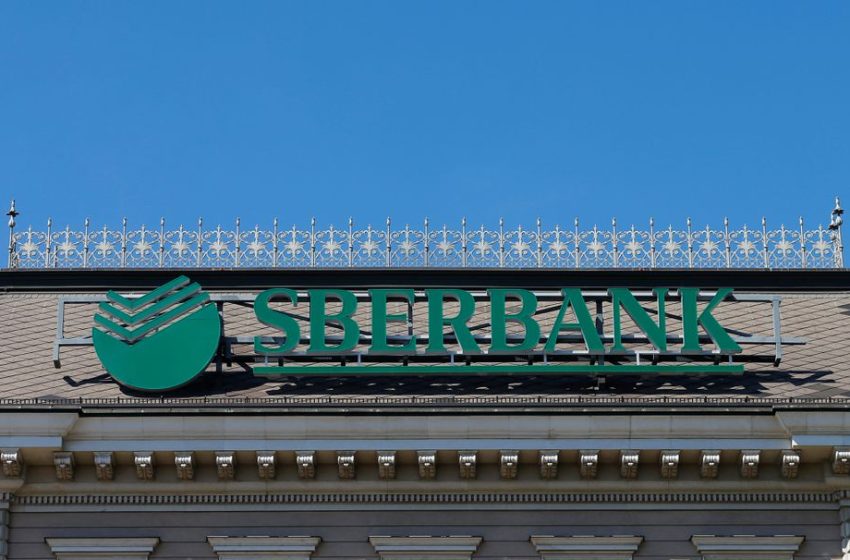 The logo of Sberbank Europe is seen on the roof of its headquarters in Vienna, Austria, September 4, 2016. REUTERS/Heinz-Peter Bader

FRANKFURT/VIENNA/SARAJEVO, Feb 28 (Reuters) – The European arm of Sberbank (SBER.MM), Russia’s biggest lender, faces failure, the European Central Bank (ECB) warned on Monday, after a run on its deposits sparked by the backlash from Russia’s invasion of Ukraine.

Western allies have taken unprecedented steps to isolate Russia’s economy and financial system, including sanctioning its central bank and excluding some of its lenders from the SWIFT messaging system, used for trillions’ of dollars of transactions.

Sberbank Europe and two other subsidiaries were set to fail, after “significant deposit outflows” linked to “geopolitical tensions”, according to the ECB. Austria’s Financial Market Authority imposed a moratorium on Sberbank Europe, which is based in the country. read more

Separately, Deutsche Boerse (DB1Gn.DE), the German stock exchange operator, said that it was suspending from trading a number of securities from Russian issuers with immediate effect. The list includes Sberbank.

“We’ve triggered a run on this kind of bank,” said Hans-Peter Burghof, a professor at the University of Hohenheim.

Western banks and their lawyers are scrambling to assess the impact of the wave of sanctions, which prompted Russia’s central bank to more than double its main interest rate on Monday and introduce some capital controls to try and stabilize the rouble. read more

Shares of leading European banks sank with the European banking sector (.SX7P) down 5.4%, steeper than a 1.9% fall for the Euro Stoxx index (.STOXXE).

The market turmoil came as ceasefire talks between Russian and Ukrainian officials began on the Belarusian border on Monday and as Russia faced deepening economic isolation four days after invading Ukraine. Russia calls its actions in Ukraine a “special operation”. read more

European banks with significant operations in Russia were hit the hardest on Monday. Austria’s Raiffeisen Bank International (RBIV.VI) fell 13.8% as it said it was working through the impact of sanctions. read more

“Our Russian subsidiary bank has a very strong liquidity position and is recording inflows,” RBI’s chief executive Johann Strobl said in a statement to Reuters.

The ECB’s warning extended to Sberbank subsidiaries in Croatia and Slovenia. Sberbank is majority owned by Russia.

The lender said in a statement that several of its subsidiaries saw “significant outflow of client deposits within a very short time” and that it was in close contact with regulators.

Sberbank’s branches in Slovenia were closed until Wednesday and services temporarily limited to card transactions with a withdrawal limit of 400 euros a day, the Slovenian central bank said on Monday.

The issue has disrupted government benefit payouts through Sberbank. Some 1,000 child welfare payments have been rejected, according to the nation’s labour ministry.

The Croatian central bank said depositors at Sberbank, which has about a 2% share of the country’s banking market, would be allowed to withdraw just under 1000 euros a day.

Sberbank Europe said in November it had reached a deal to sell its subsidiaries in Croatia, Slovenia, Hungary, Serbia and Bosnia and Herzegovina to a group including Serbia’s AIK bank and Slovenia’s Gorenjska bank.

Serbian regulators gave their consent on Monday, the only ones yet to do so. Gorenjska said it was no longer viable to proceed with the acquisition of Sberbank’s Slovenian subsidiary in the current situation.

Depository receipts of Sberbank on the London Stock Exchange were down 70%.