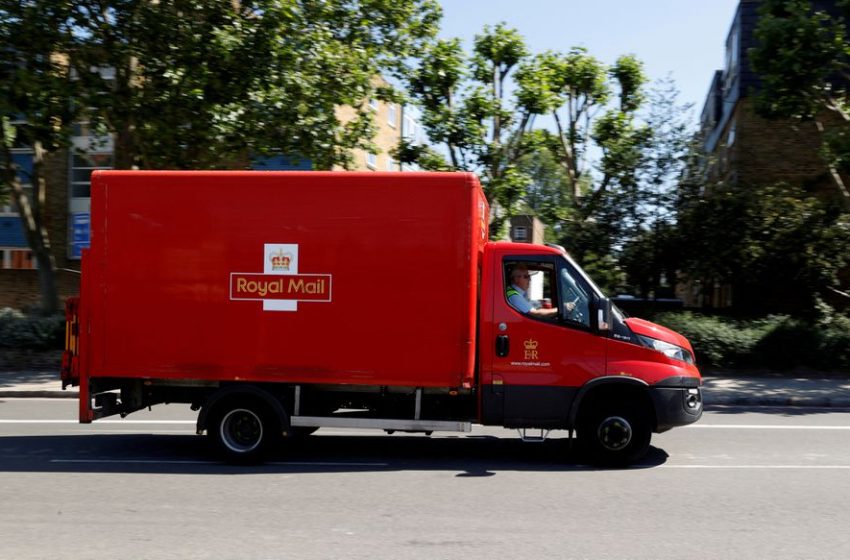 July 20 (Reuters) – Royal Mail (RMG.L) said it would rename its holding company International Distributions Services Plc and could separate its UK business, where its workforce is set to strike over pay, if its performance doesn’t improve.

Royal Mail’s UK business lost 92 million pounds ($110 million) in the first quarter on revenue that fell 11.5% as inflation-hit consumers cut back on online shopping and amid soaring costs. Parcel volumes were down 15%.

“The severity of profit decline in the UK is surprisingly sharp, and we think current year group EBIT consensus could halve,” J.P Morgan analysts said in a note.

Overall, revenue in the April-June quarter was down 5.1% and shares in the group slid 3% in early trading.

The 506-year-old post and parcel delivery firm said on Wednesday it would consider splitting its UK business and overseas parcels business GLS into two separate firms if no “significant operational change” is achieved.

Revenue at Amsterdam-based GLS rose 7.8%, generating an operating profit of 94 million pounds in the quarter.

“The pandemic boom in parcel volumes bolstered by the delivery of test kits and parcels is over. Royal Mail is currently losing one million pounds per day and the efficiency improvements which are needed for long term success have stalled,” Keith Williams, the company’s chairman said.

UK inflation struck a new 40-year high in June. That, and stagnant real wage growth has forced unions across ports, railways and airlines to strike or trigger industrial action as Britain faces its worst cost-of-living crisis in decades. read more

Trade union CWU said on Tuesday that more than 115,000 postal workers at Royal Mail voted to strike over pay, putting them on course for what could be the biggest industrial action to hit Britain this summer. read more

Responding to the CWU announcement, company executives said they were “absolutely ready to have a discussion on change to pay.”