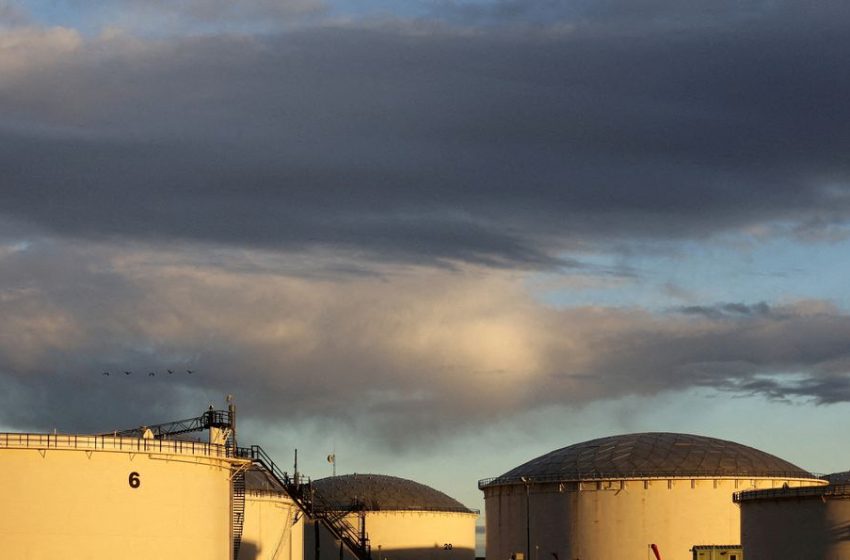 July 20 (Reuters) – Oil prices fell more than $1 a barrel on Wednesday, under pressure from global central bank efforts to limit inflation and ahead of expected builds in U.S. crude inventories as fuel demand weakens.

Oil prices whipsawed in the previous session, caught in a tug-of-war between supply fears caused by Western sanctions on Russia and expectations of economic weakness and reduced demand as central bankers indicated they will raise interest rates to combat inflation. read more

On Friday, open interest in New York Mercantile Exchange futures fell to its lowest since September 2015 as concerns that the Federal Reserve will keep raising U.S. interest rates led investors to cut their exposure to risky assets.

“People have been switching out of Delta 1 products – just being long the futures or long via the index – into options because of the sharp pullback,” Stephen Innes, managing partner at SPI Asset Management, said in a note.

Adding to bearish sentiment, crude stocks in the United States rose by about 1.9 million barrels for the week ended July 15, according to market sources citing American Petroleum Institute figures on Tuesday. That was close to the forecast for a rise of 1.4 million barrels in a Reuters poll.

Official weekly crude and fuel inventory data from the U.S. Energy Information Administration (EIA) is expected on Wednesday at 1530 GMT and traders are watching out for implied demand.

Analysts, however, expect oil prices to continue to see support from supply tightness, even as U.S. shale oil production expands at a modest pace.

“With little room for OPEC+ to increase production, the oil market will struggle to balance out in the coming months, thereby propping up prices,” Stephen Brennock of oil broker PVM said.

Limited supplies have kept Brent above $105/bbl and prompt Brent inter-month spreads in wide backwardation at about $4.40 a barrel . Front-month prices are higher than those in future months in a backwardated market.