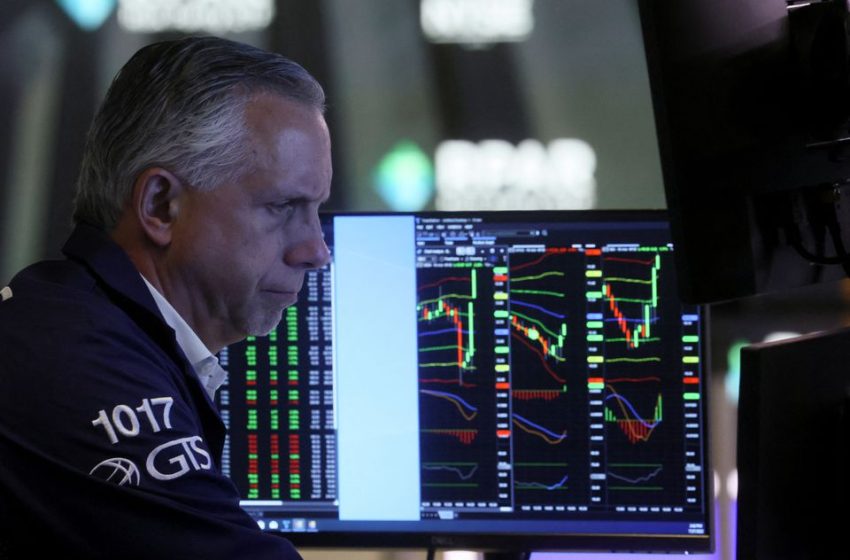 A look at the day ahead in U.S. and global markets from Mike Dolan

World markets calmed a bit on Wednesday after a tumultuous couple of weeks – but a focus on energy prices and U.S. employment promised more tension ahead.

Wednesday’s late rally on Wall St still left the S&P500 in the red for the session but showed some sign of demand ahead of Friday’s September payrolls report and the upcoming third-quarter earnings season.

But with implied volatility of U.S. stocks reflected in the VIX (.VIX) still some 10 points above long-term averages, jitters remain.

Hopes the U.S. Federal Reserve may ease its foot off the monetary brake soon received a setback on Wednesday. San Francisco Fed chief Mary Daly doused talk of any early reversal of rate hikes next year: “We are going to raise rates to restrictive territory, then hold them there for a while.”

Oil prices also continue to aggravate the inflation picture and Brent crude oil prices climbed above $94 per barrel for the first time in three weeks after the OPEC+ group of nations announced a 2 million barrel per day output cut – its largest supply cut since 2020 and just ahead of European Union embargoes on Russian energy.

The move prompted Morgan Stanley to raise its first-quarter 2023 Brent forecast to $100 per barrel from $95.

And the energy crunch is already sapping activity in Europe. German industrial orders dropped a bigger-than-expected 2.4% in August.

In the corporate world, Elon Musk and Twitter (TWTR.N) may reach an agreement to end their litigation in coming days, clearing the way for the world’s richest person to close his $44 billion deal for the social media firm, a source familiar with the matter told Reuters.

And beleaguered bank Credit Suisse (CSGN.S) is looking to sell its famed Savoy Hotel, located on Paradeplatz in the centre of Zurich’s financial district. The Swiss bank has had to raise capital, halt share buybacks, cut its dividend and revamp management after losing more than $5 billion from the collapse of Archegos in March 2021, when it also had to suspend client funds linked to failed financier Greensill.

The Swiss National Bank said on Wednesday it was monitoring the situation.

Key developments that should provide more direction to U.S. markets later on Thursday: