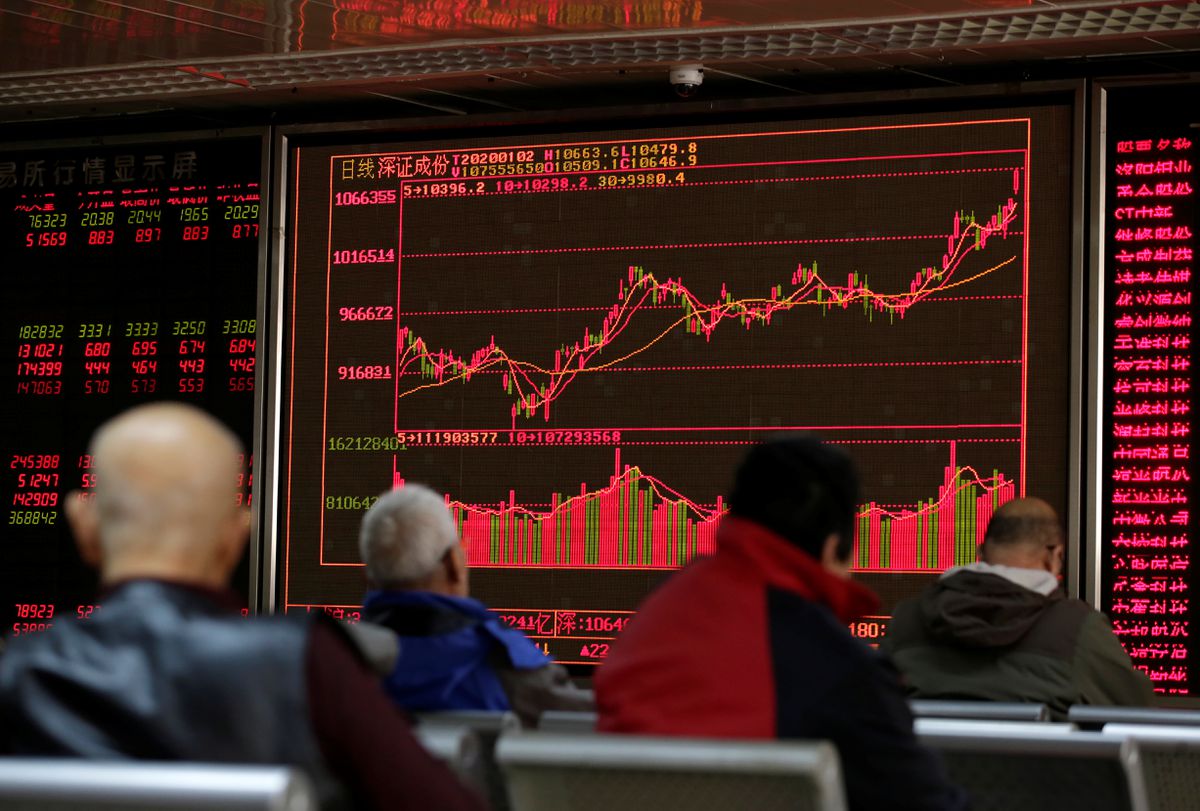 A board shows stock information at a brokerage office in Beijing, China January 2, 2020. REUTERS/Jason Lee

LONDON, Aug 2 (Reuters) – A look at the day ahead from Karin Strohecker.

It’s a new week, a new month and time for a fresh start – but the problems niggling at markets this morning are still the same.

Chinese stocks’ continued rebound after a selloff caused by Beijing’s regulatory crackdown lifted markets across Asia. European and U.S. equity futures are also higher thanks companies’ second-quarter earnings that are up 120% and 90% respectively year-on-year.

Add to that more fiscal stimulus in the United States where senators unveiled a sweeping $1 trillion infrastructure plan that could pass this week read more .

China’s central bank pledged over the weekend to maintain a prudent, flexible and targeted monetary policy to support growth while keeping the digital economy in check read more .

The growth concerns sent oil 1% lower and kept the dollar just above a one-month low.

More PMI readings are due today and Wednesday, but this week’s biggest datapoint is Friday’s U.S. payrolls — the last major jobs reading available to the Fed before its Jackson Hole summit, where many expect it to say when it will start tapering bond-buying.

Then there are geopolitical tensions. The United States and Britain have pointed the finger at Iran, blaming it for last week’s attack on an Israeli-managed petroleum product tanker that killed two people.

Back on the earnings front, HSBC (HSBA.L) continues the run of forecast-beating Q2 numbers, reporting first-half pretax profit that more than doubled from last year when it made huge provisions for pandemic-related bad loans.

Heineken (HEIN.AS), the world’s second-largest brewer, reported first-half earnings above expectations but said the rest of the year could be less rosy given cost pressures and COVID-19.

Finally, the U.S. debt ceiling suspension expired on the weekend, forcing the Treasury into extraordinary measures to get by. Later on Monday, it will announce its overall refunding plans .