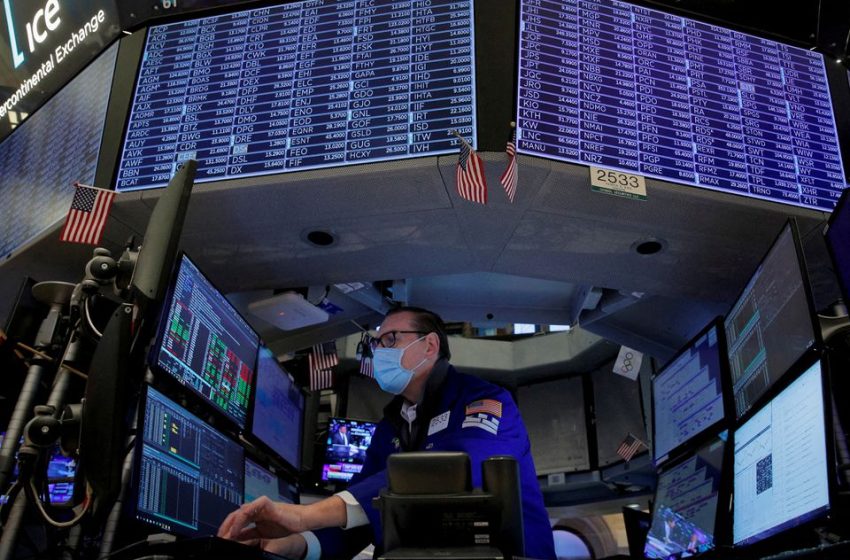 LONDON, Feb 21 (Reuters) – Investors were bracing for a torrid day for Russian, Ukrainian and wider global markets when they reopen on Tuesday, after Vladimir Putin upped the ante in a crisis the West fears could unleash a major war.

In a lengthy televised address, the Russian president recognised two breakaway regions Donetsk and Luhansk in eastern Ukraine as independent entities and described Ukraine as an integral part of Russia’s history. read more

Tensions have already rattled global markets this year and wiped tens of billions of dollars off the value of Russian and Ukraine assets, but Monday’s escalation is expected to cause much worse.

“It is probably an understatement to say that it will be an ugly day (on the markets) tomorrow,” said Viktor Szabo, an emerging market portfolio manager at abrdn in London.

“I was hoping we weren’t going to get here, but this is a significant step.”

Russian markets were still open when Putin announced his decision live on television following phone calls to the leaders of Germany and France.

The rouble losses reached 3.3%, while Moscow’s stock markets plunged to their lowest level in over a year as the dollar-denominated RTS index (.IRTS) finished the day 13.2% lower and the rouble-based MOEX Russian index (.IMOEX) lost 10.5%.

“Financial market participants now wait for a response from the United States and Europe,” they added.

That response is expected to come in the shape of tough new sanctions.

Although other steps might come first, some of the most severe measures would be to cut Russia’s banks off from the SWIFT banking system and order a complete ban on EU, UK and U.S. investment funds holding Russian government bonds.

At the end of last year foreigners held just over $43 billion of OFZs, as Russia’s rouble-denominated bonds are known.

Yields on Russia’s 10-year OFZs were expected to surge further having hit a high of 10.6% on Monday. Russia has one of the biggest stockpiles of international FX reserves in the world at $630 billion, but the cost of insuring its sovereign debt against default has also soared to its highest since early 2016.

Analysts were also warning of the wider impact on global market confidence, which along with the pressures of fast-rising global borrowing costs this year, has already been hit by the tensions.

“We are going to see a negative reaction,” added Ken Polcari, managing partner at Kace Capital Advisors in Florida. “We are going to test the Jan. 24 lows which was 4,220 on the S&P 500”.