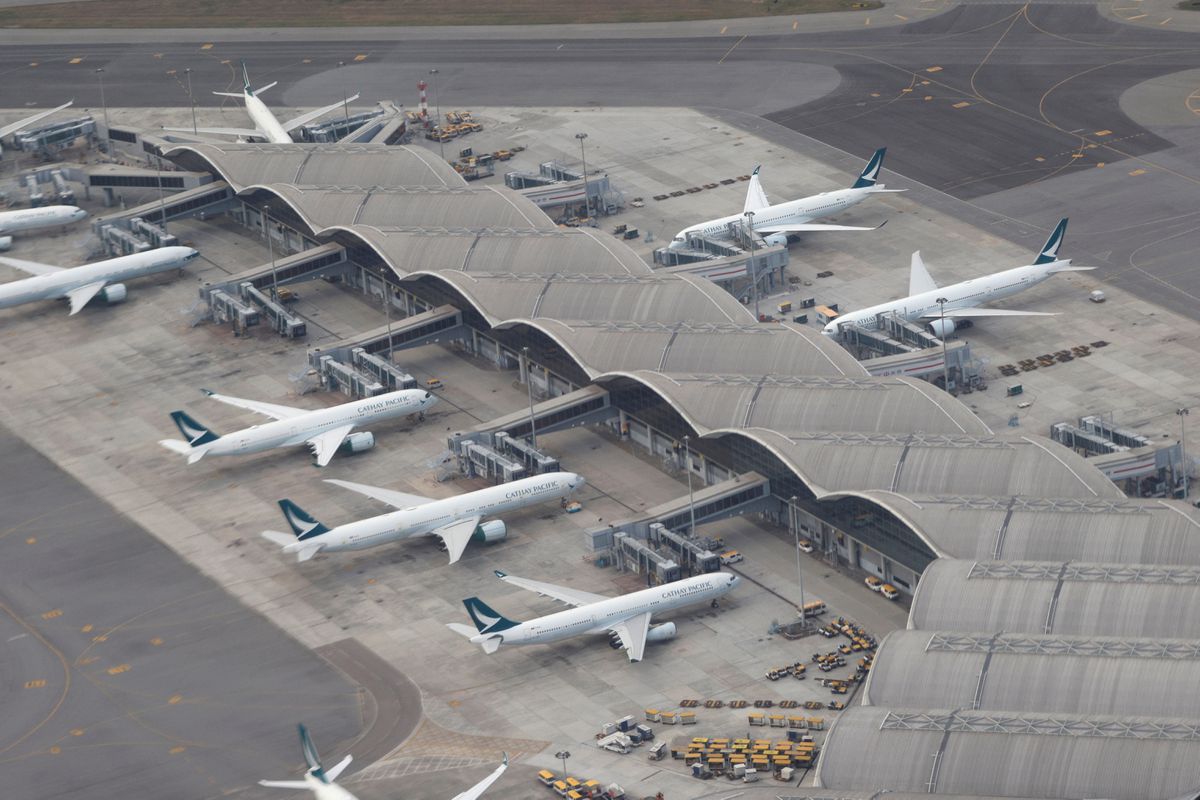 Nov 26 (Reuters) – One of Asia’s largest airlines, Cathay Pacific, is facing a revolt from pilots who say Hong Kong’s tough quarantine rules under its zero-COVID policies are endangering their mental health, leading to rising stress and resignations.

The government responded by forcing more than 270 people, including school children linked to their families, into tiny quarters at a state quarantine camp.

Some pilots declared themselves unfit to fly for their first rostered duties upon release.

The stricter rules come amid mounting concerns that a newly identified variant spreading in South Africa, which has been also found in several places including Hong Kong and Britain, may lead to tighter travel curbs. read more

“I don’t think I can keep this up,” one Cathay pilot who spoke on condition of anonymity told Reuters. “Just the stress of potential quarantine of my family and friends is taking a toll.”

Several other current and recently departed Cathay pilots told Reuters morale was low and resignations were rising a year after many had their pay permanently cut by as much as 58%.

Extreme stress is a significant issue in an industry where any sign of psychological problems can make it difficult to get another job.

“What’s the risk if I say to them I’m a bit stressed?” asked a pilot who has spent more than 200 nights locked in hotel rooms away from Hong Kong since the pandemic began. “Does that affect my medical? And then you leave here and they ask have you ever been stood down for psychological reasons?”

The pilots also expressed frustration with the ambiguity of some government-imposed pandemic-related rules. Pilots, for example, are required to avoid “unnecessary social contact” for three weeks after returning to Hong Kong, but they are not given time off to compensate.

Cathay acknowledged to Reuters in a statement that pilot resignations have risen beyond normal levels since the end of October.

“Regrettably, the incident in Frankfurt has affected current sentiment,” the airline said.

Hong Kong classifies many destinations including the United States and Britain as “high-risk,” meaning Cathay pilots flying passengers inbound from those places are subject to two weeks of hotel quarantine.

To staff those flights, Cathay started running “closed-loop” rosters on a voluntary basis in February involving five consecutive weeks locked in hotel rooms with no access to fresh air or a gym and then two weeks off at home.

“I did it to earn some money, since the 50% pay cut (last year) made life much more difficult,” said a recently departed pilot who did two closed loops. “There are people currently in their 5th or 6th closed loop.”

Cathay said on Thursday some inbound flights during the peak demand season of December would be cancelled, indicating a lack of volunteers.

The airline said it recognised the strain on its pilots and had bi-weekly dial-in sessions to share concerns and programmes like a peer-based pilot assistance network as well as offering extended leaves of absence.

As conditions improve elsewhere in the world, other airlines including Emirates and U.S. cargo carrier Atlas Air Worldwide Holdings Inc (AAWW.O) are head-hunting Cathay pilots, said those who spoke with Reuters.

Emirates, which has launched a recruitment drive for 600 pilots, declined to comment. Atlas did not respond to a request for comment.

The pilots Reuters spoke to said they expected more resignations next year when transitional housing and schooling benefits expired.

Cathay said it would employ “several hundred” new pilots and restart its cadet programme in the coming year.

Hong Kong’s strict rules led FedEx Corp (FDX.N) to close its pilot base in the city last week, underscoring the dimming allure of the territory as a major logistics hub.

“I really, truly feel for people that are at Cathay,” a FedEx pilot who recently left Hong Kong said. “I am genuinely concerned about their mental health and how they are.”