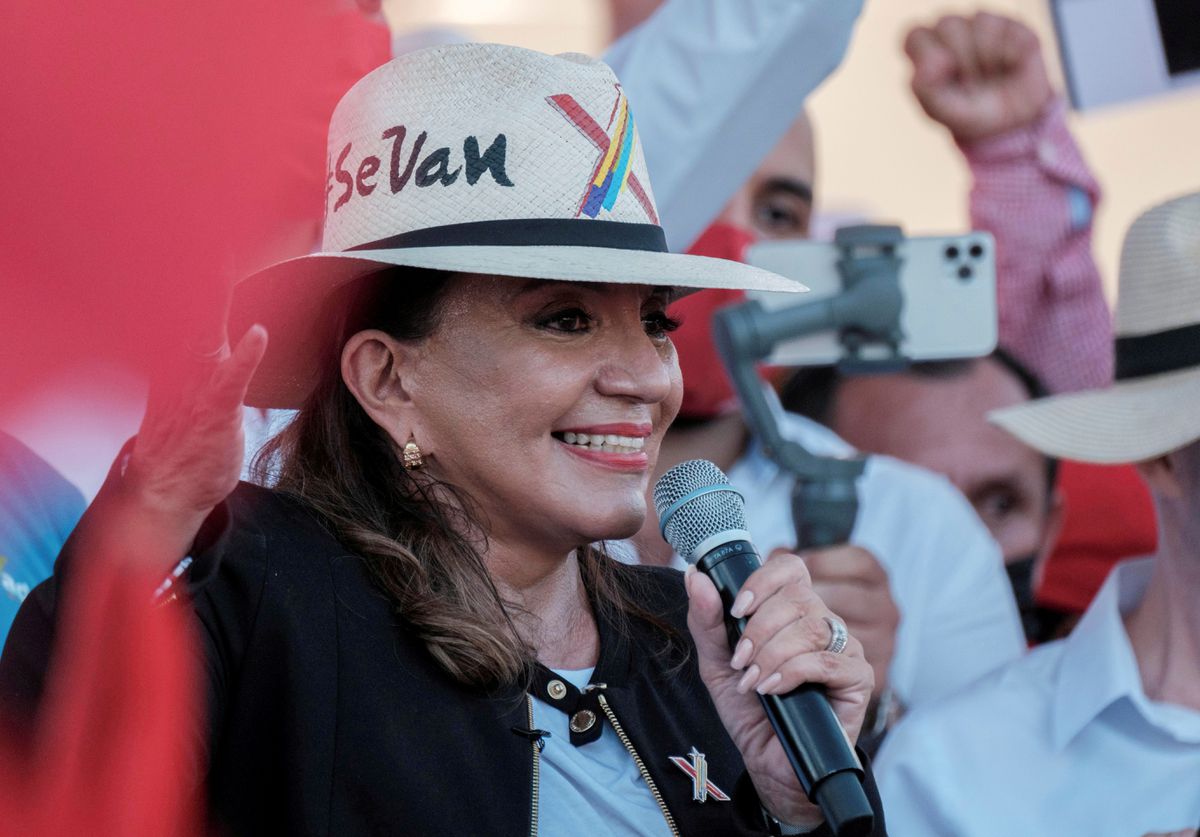 TEGUCIGALPA, Nov 26 (Reuters) – A pledge by a leading Honduran presidential candidate to embrace China and de-emphasize Taiwan ties if she wins Sunday’s election has prompted diplomatic jostling between Beijing and Washington as each seeks to exert influence on the Central American nation.

Honduras, with a population of just under 10 million, is one of a shrinking club concentrated in Central America and the Caribbean that maintains relations with U.S.-backed Taiwan, which China views as a wayward province.

Leftist Honduran presidential hopeful Xiomara Castro, who has sought to consolidate opposition to a dozen years of conservative rule, said in her election manifesto that she would “of course” seek to establish formal ties with Beijing if she wins.

However, shortly after an unusually-timed visit to Honduras this week by Brian Nichols, the U.S. assistant secretary of state for the Western Hemisphere, the Castro aide who wrote the manifesto said no final decision has been taken read more .

Castro’s main opponent, Tegucigalpa Mayor Nasry Asfura, has not spelled out his stance on China, but many expect him to continue the existing policy. Asfura trailed Castro by 17 points in one opinion poll published last month, although another poll showed a tie.

China’s Foreign Ministry accused the United States on Thursday of “arm-twisting” in Honduras ahead of the vote this weekend. read more

“There’s a competition underway in the Americas for influence,” said Dan Restrepo, who was U.S. national security adviser for Latin America under former President Barack Obama.

“The Chinese are much more active than they have been and the question of recognition is very important to them,” he said, adding that Honduras switching to recognize China would be a “big change.”

Taiwan says it will respect the result of the election, but has warned Honduras to be wary of China’s “flashy and false” promises.

In its quest to internationally isolate the self-ruled island of Taiwan, China has recently won over several of its historic Latin American allies like the Dominican Republic and most recently El Salvador, on the condition that they break off ties with Taiwan.

A senior U.S. State Department official, who requested anonymity to speak candidly, said the government of President Joe Biden would like to see Honduran-Taiwanese ties continue, a message also stressed by the Nichols-led U.S. delegation this week read more .

“We’ve said that to both of the leading candidates directly,” the official told a small group of reporters, without detailing their responses.

Washington believes Castro now has a clearer picture of its stance and hopes she will take that into consideration if she wins, a senior U.S. official told Reuters.

A switch could mean more Chinese investment for Honduras, the third poorest country in the Americas.

While he points to a three-year-old Taiwanese program that has doled out nearly $4 million to boost local avocado production, he has a hunch Honduras could get a better deal.

“I’ve heard that the countries that have established relations with China get a lot more help,” he said.

But not everyone is convinced, if it risks weakening ties with the United States.

Juan Carlos Sikaffy, the head of Honduras’ top business lobby COHEP, argues that while China already accounts for as much as a fifth of Honduran imports – without formal diplomatic ties – U.S. businesses have more to offer.

“Economically, it’s not in our interest to have (diplomatic) relations with China because what we want is for American companies that are in China to move to Honduras,” he said, touting cheaper transport costs from the country’s main northern port compared to goods shipped to the United States from Shanghai.

U.S. Sen. Tim Kaine, a lawmaker who heads up the chamber’s Western Hemisphere subcommittee, said Chinese investment in Latin America has a poor track record, citing last April’s elections in Ecuador where a pro-American candidate was elected president after several major Chinese investments championed by his leftist predecessors came under heavy scrutiny for sub-standard constructions, among other controversies.

The lawmaker offered a warning to Honduran leaders going forward.

“I’m not telling nations how to conduct foreign policy,” he said. “But desiring closer and closer relations with China usually means you’re going to get fleeced.”

China’s foreign ministry did not immediately comment when asked about Kaine’s remarks.

Honduras and Taiwan have a diplomatic relationship dating back to 1941, before the Republic of China government fled to Taiwan after losing the Chinese civil war.

Friction between China and Taiwan has risen under President Xi Jinping, whose hard line on Hong Kong has fueled speculation he will push harder to absorb what Beijing sees as its own territory.