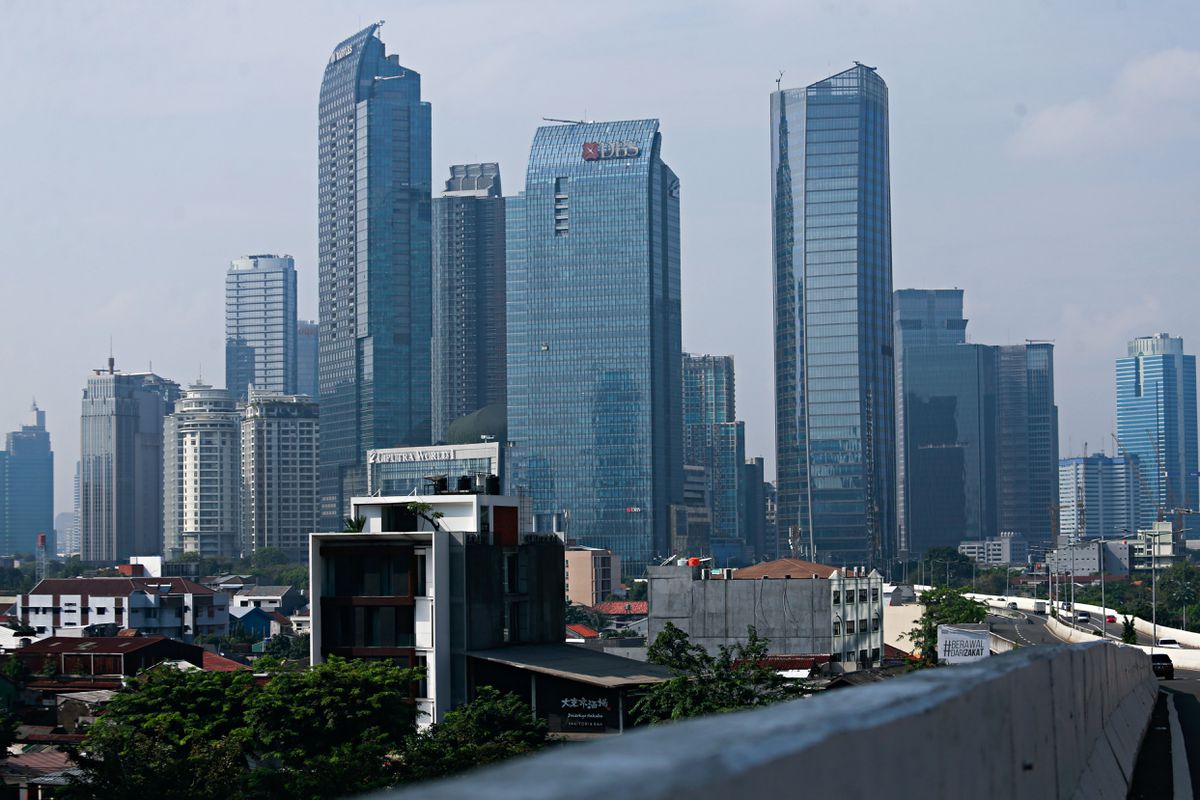 A general view of the skyline of Jakarta, the capital city of Indonesia, August 5, 2021. REUTERS/Ajeng Dinar Ulfiana

JAKARTA, Aug 5 (Reuters) – Indonesia pulled out of recession in the second quarter, reporting its strongest annual growth rate in 17 years, but analysts warned its economic recovery will suffer a setback due to a recent surge in COVID-19 infections.

The expansion rate beat a 6.57% forecast by analysts in a Reuters poll and was the highest since the October-December quarter of 2004. The first quarter’s contraction was revised to 0.71%.

Surging exports – including impressive 56% growth in commodity shipments – a rebound in consumption and investment, and bigger government spending boosted activity.

However, the statistics bureau said the high growth rate was also due to low base effects when compared to the weak pandemic-stricken second quarter last year.

Despite the better-than-expected outcome, analysts are downgrading their outlooks for the economy due to the virus’ resurgence and mobility restrictions imposed since July.

Indonesia recorded a grim milestone of more than 100,000 deaths from COVID-19 on Wednesday, with 3.57 million people infected, though health experts believe the true numbers may be far higher.

“Indonesia’s GDP bounce will be short-lived,” said Krystal Tan, an economist with ANZ who is among those pencilling in slower growth this year. ANZ’s new forecast is 3.8%, down from 4%.

“The pace of recovery will be capped until COVID-19 risks fade.”

The current stay-at-home order, applied in areas with high infection numbers including much of Java and Bali islands, has been extended until at least Aug. 9, but authorities are eyeing a September reopening. Only essential and critical sectors of the economy are allowed to operate at varying capacities now.

A few analysts flagged a risk of a double-dip recession if curbs are extended for longer.

The government is trying to bring down the number of people being treated with COVID-19 to around 100,000 per day, from 500,000 now, so that the economy can regain momentum in the fourth quarter and grow more than 5%, chief economic minister Airlangga Hartarto said.

Authorities have also pledged to accelerate a vaccination drive, which many economists say is needed for a more sustainable recovery. Since the vaccination campaign began in January, just 8% of the population have been fully inoculated so far.

“Relatively slow vaccination progress means lockdowns may be needed from time to time to contain COVID outbreaks, which will likely result in a more volatile and delayed growth recovery,” Oxford Economics said in a research note.

Meanwhile, analysts say the central bank, which has slashed interest rates to record lows and injected over $57 billion of liquidity into the financial system, is unlikely to deliver more rate cuts.