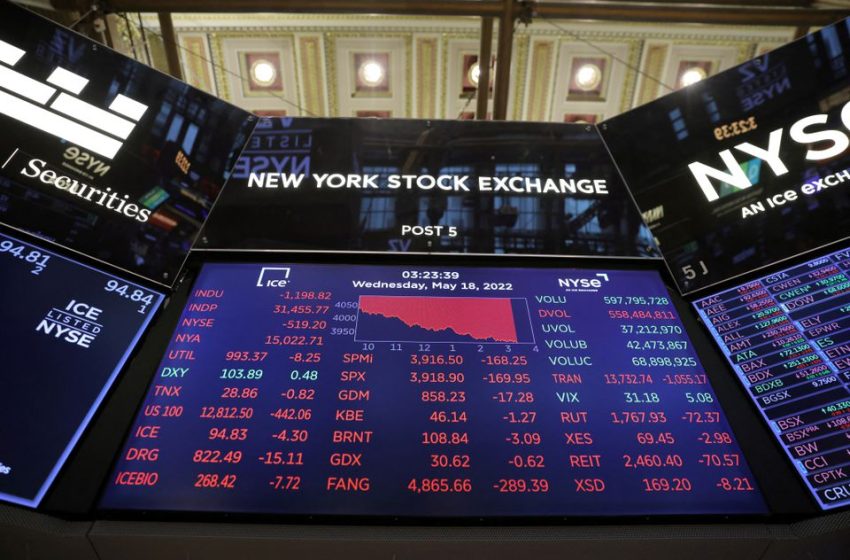 NEW YORK, June 22 (Reuters) – Investors in the volatile U.S. stock market are preparing for what may be one of the heaviest trading days of the year on Friday, as FTSE Russell completes the rebalancing of indexes that are tracked by trillions of dollars in investor funds.

FTSE Russell refreshes the components of its indexes once a year in late June to better reflect broader markets. This spurs fund managers who have benchmarked their performance to the indexes to bring their own portfolios in line with the changes. Some $12 trillion is benchmarked to Russell’s U.S. indexes.

The resulting buying and selling tends to peak at the close of the trading session before the reconstitution is final, and some investors seek to trade on any price dislocations that may result. Total trading volume on the day of the 2021 reconstitution topped 16 billion shares, putting it among last year’s busiest sessions.

While past rebalancings have usually gone off without a hitch, some investors said the event is more likely to exacerbate volatility this year, after worries over a more hawkish Federal Reserve have slammed stocks and bonds and ramped up market gyrations in recent weeks. read more

The benchmark S&P 500 has fallen more than 21% year-to-date, as the Fed tightens monetary policy to tame soaring inflation.

“The Federal Reserve is hiking interest rates, we are seeing liquidity dry up and while there is ample cash in the equity market, certainly with negative sentiment it is going to be a tougher story to get that rebalancing done,” said Rob Haworth, senior investment strategist at U.S. Bank Wealth Management in Seattle.

One of this year’s biggest changes will see Meta Platforms’ (META.O), formerly Facebook, move to the Russell 1000 value index (.RLV), normally the domain of companies perceived to be trading at a discount to their fundamentals. At the same time, energy stocks will receive a greater weighting in the Russell 1000 growth index (.RLG), after a blistering rally over the last year.

Meta’s move to the Russell 1000 value index follows a more than 50% tumble in the social media giant’s shares this year on company warnings of faltering revenues after a decade of furious growth. read more

Meanwhile, the stellar performance of the energy sector will lead to a heavier weighting of energy shares in the Russell growth indexes (.RLG)(.RUO), Jefferies said.

The energy sector, which has climbed nearly 40% since the last year’s reconstitution thanks to a sharp rise in crude prices, will see its weighting increase to 1.7% in the Russell 1000 growth index, from 0.6%.

The move is even more pronounced in the Russell MidCap Growth index (.RMCCG) with energy taking a 5.1% weighting, up from 3.3%.

Given the volume of the trading and number of stocks involved, FTSE Russell takes steps to be transparent regarding the rules for inclusion. This starts in May on its “rank day,” which determines the market capitalization bands a stock must be within for inclusion. Subsequent steps include preliminary lists of the additions and deletions from the indexes.

“We don’t want to make unnecessary changes, any methodology changes are thoughtful,” said Catherine Yoshimoto, Director of Product Management for the Russell US Indexes at FTSE Russell. “We are looking at where there may be future improvements but the goal is definitely to keep it stable