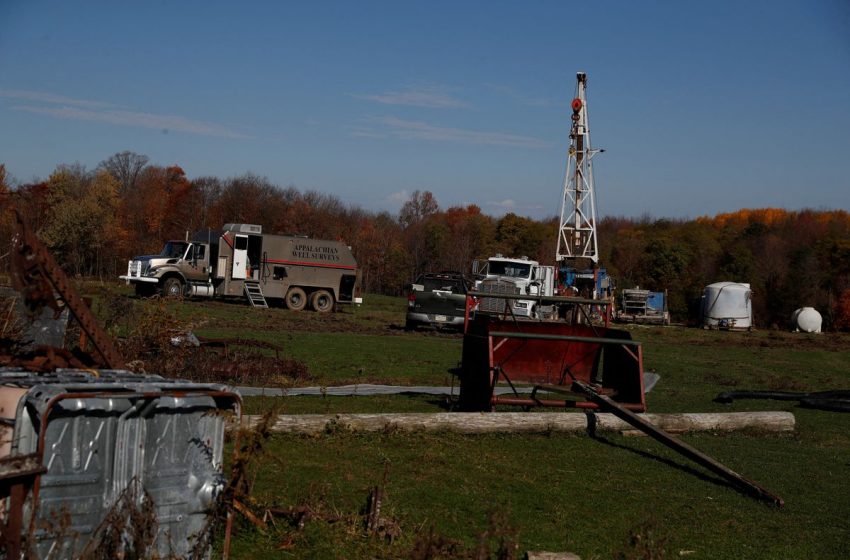 A view of a well site which sits atop the natural gas-rich Marcellus shale formation in Western Pennsylvania outside of Union City, Pennsylvania, U.S., October 23, 2020. REUTERS/Shannon Stapleton/File Photo

BOSTON, Feb 9 (Reuters) – New York’s state pension fund will sell $238 million worth of stock and debt it holds across 21 shale oil and gas companies including Chesapeake Energy Corp, Hess Corp (HES.N) and Pioneer Natural Resources (PXD.N), saying they have not shown they are ready to move to a low-emissions economy.

However, the fund will keep another 21 shale companies including CNX Resources Corp (CNX.N) and EQT Corp (EQT.N) according to material reviewed by Reuters from New York Comptroller Thomas DiNapoli, who oversees retirement assets.

“To protect the state pension fund, we are restricting investments in companies that we believe are unprepared to adapt to a low-carbon future,” DiNapoli said in a statement sent by a spokesman. A review found the companies being sold continue to invest heavily in high-risk and high-cost assets, a spokesman for DiNapoli’s office said via e-mail.

None of the companies responded to messages seeking comment.

A U.S.-pioneered method of pumping water, sand and chemicals into shale rock formations releases trapped oil and gas. Shale discoveries in recent decades have made the U.S. the world’s largest oil producer and a top natural gas exporter.

The $280 billion New York State fund is not a major holder of shale companies, but as the third-largest U.S. state pension fund its decisions are closely followed as other institutions weigh whether to move away from fossil fuel stocks.

Last year DiNapoli said the fund would sell $7 million worth of securities in Canadian oil sands companies and start its shale companies review. Next it will review whether to take similar steps for big integrated oil companies. read more

Some activists have pressured for more complete divestment and won over universities and institutions including New York City retirement funds. Maine state pension officials are developing plans to sell fossil fuel stocks as required by a new law. read more

But the top pension fund, the $500 billion California Public Employees’ Retirement System (Calpers), is not ready to broadly divest, said Simiso Nzima, its managing director of global equity, in an interview on Tuesday.

“When you divest you don’t solve climate change, you don’t solve the issues,” he said. Rather, Calpers will likely vote against more company directors this year over topics like the environment or boardroom diversity, Nzima said.

New York will sell the shale stocks in “a prudent manner and timeframe,” according to the statement.