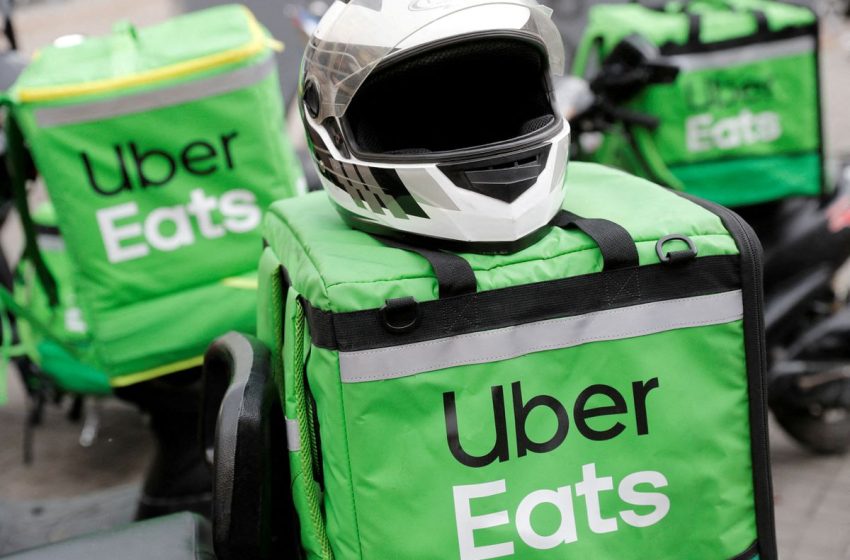 Delivery bags with logos of Uber Eats are seen on a street in central Kiev, Ukraine May 27, 2020. REUTERS/Valentyn Ogirenko/File Photo

Feb 10 (Reuters) – Uber Technologies Inc (UBER.N) will outline its strategy for growth and new business opportunities when it holds its first investor day as a public company on Thursday, after teasing news on a global car-sharing network and improved algorithms to keep costs low.

Company executives during a fourth-quarter earnings call on Wednesday said they would provide more details on how Uber plans to fuse its two platforms – ride-hail and food delivery – into one cost-saving Uber marketplace.

Since Uber went public in May 2019, the company’s shares have been on a roller-coaster ride, nearly halving at the start of the pandemic in early 2020, when the company’s ride-hail business came to a screeching halt.

Uber is telling investors it has turned the corner and is set up for long-term growth and profitability as pandemic restrictions subside in many of its core markets, but its shares remain hovering at roughly the same level as when they first listed.

Khosrowshahi said a better combination of its rides and delivery business would bring down customer acquisition costs – a metric investors closely follow in a market where companies have long competed by outbidding each other with costly customer discounts and incentives.

The company was also tweaking its algorithm to ensure more workers signed up for both ride-hail and delivery services, Khosrowshahi said, adding that it would improve driver dispatching and allow for higher utilization of each worker.

“I think with peer-to-peer car rentals, we’ll go global. We’ll make sure we do it in the right way,” he said.

Several automakers have exited the peer-to-peer car-sharing market in recent years, citing high costs and the volatile state of the mobility industry.