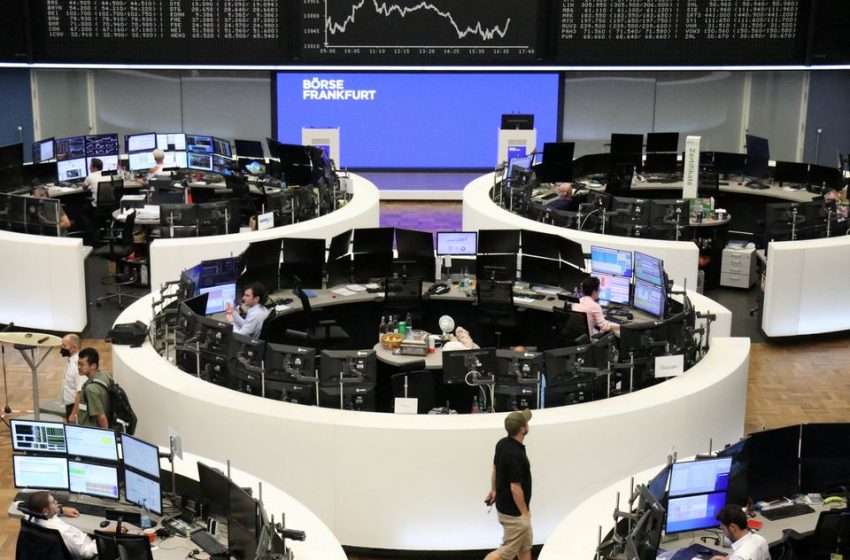 Aug 22 (Reuters) – European shares were on Monday set for their worst day in more than a month as worries about tightening gas supplies from Russia, hawkish signals from the European Central Bank and weak economic outlook weighed on investors’ minds.

The continent-wide STOXX 600 (.STOXX) fell 1.1% in morning trade to touch its lowest level since July 28.

Russia will halt natural gas supplies to Europe for three days at the end of the month, energy giant Gazprom (GAZP.MM) said on Friday, piling pressure on the continent as it seeks to refuel ahead of winter. read more

“It’s clear that the euro zone economy could teeter into recession this winter dependent on whether energy stockpiles can last through the coldest months,” said Jane Foley, senior forex strategist at Rabobank. “Tomorrow’s August PMI data will provide a snapshot as to how the euro zone economy has been holding up recently.”

Focus is on euro zone flash purchasing manager index (PMI) data due on Tuesday, and minutes of the European Central Bank’s (ECB) last policy meeting on Thursday that are likely to sound hawkish.

The ECB must keep raising rates even if a recession in Germany is increasingly likely, as inflation will stay uncomfortably high through 2023, Bundesbank President Joachim Nagel told a German newspaper.

Markets currently price in a 60 basis point hike for September and a combined 130 basis points of moves for the remainder of the year.

After rallying more than 11% since mid-June lows, European markets have sagged in the recent days as investors fret over the impact of soaring inflation and tightening financial conditions on the economic outlook.

French supermarket retailer Carrefour (CARR.PA) fell 1.7% after saying it would freeze prices on 100 of its products to help people tackle soaring inflation in the country. read more