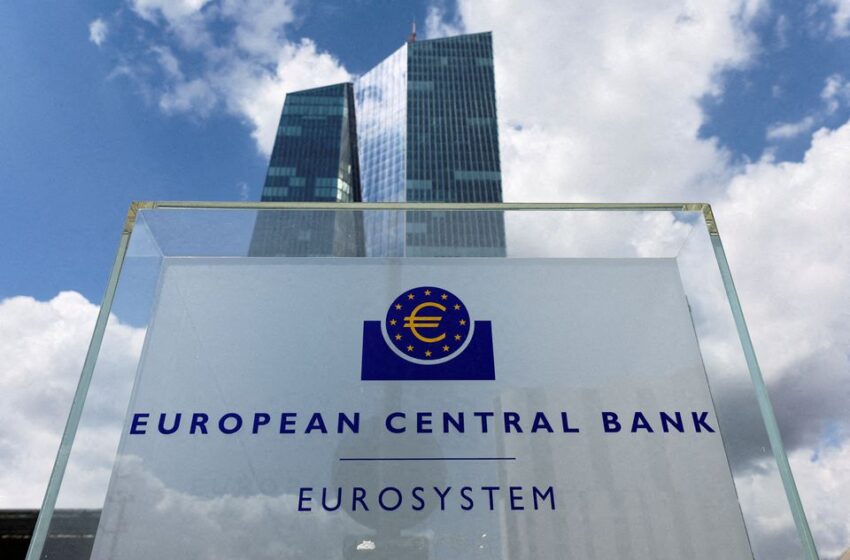 FRANKFURT, Dec 15 (Reuters) – The European Central Bank is set to raise interest rates for the fourth time in a row on Thursday, although by less than at its last two meetings, and lay out plans to drain cash from the financial system as it fights runaway inflation.

The ECB has been raising rates at an unprecedented pace to rein in prices that have soared since economies reopened after the COVID-19 pandemic, driven by supply bottlenecks and then surging energy costs following Russia’s invasion of Ukraine.

The central bank for the 19-country euro zone raised the interest it pays on bank deposits from -0.5% to 1.5% in just three months, reversing a decade of ultra-easy policy after being wrong-footed by the sudden rise in prices.

But Thursday’s policy meeting is likely to see this brisk pace of tightening slow as inflation shows signs of peaking and a recession looms.

A Reuters poll of economists expected the ECB to raise interest rates by half a percentage point after 75-basis-point hikes at each of its two previous meetings, mirroring the U.S. Federal Reserve’s change of pace on Wednesday.

But like the Fed, the ECB is expected to flag even higher borrowing costs ahead to persuade investors it is still serious about fighting inflation, which could stay above the ECB’s 2% target through 2025.

“We think the (ECB’s Governing) Council will be at pains to stress that the downshift should not be confused with an imminent end to the hiking cycle,” analysts at BNP Paribas wrote.

The Fed appeared to have pulled off a similar feat, with the U.S. dollar rebounding after U.S. central bankers said on Wednesday they expected to make further hikes and keep rates high for longer than earlier hoped .

Money markets were pricing in a 75% chance that the ECB would raise the rate it pays on bank deposits to 2% on Thursday before pushing it to roughly 2.75% by March. The latest Reuters survey of economists saw the rate reaching that level by June.

The ECB is also expected to lay out plans to stop replacing maturing bonds from its 5 trillion euro portfolio, reversing years of asset purchases that have turned the central bank into the biggest creditor of many euro zone governments.

The move, which mops up liquidity from the financial system, is designed to let long-term borrowing costs rise and follows a similar step by the Fed earlier this year.

The ECB will announce its policy decisions at 1315 GMT and ECB President Christine Lagarde will hold a news conference at 1345 GMT.

But Thursday’s discussion is likely to be heated after influential ECB board member Isabel Schnabel openly pushed back on the notion of smaller hikes advocated by chief economist Philip Lane.

Policymakers may therefore have to compromise on the path for rates and the pace of the ECB’s unwinding of its bond portfolio, known as quantitative tightening (QT).

“The counterpart of slower rate hikes will be hawkish guidance on the terminal rate … accompanied by earlier or faster ‘passive’ QT.”

Some on the ECB’s Governing Council, such as Joachim Nagel, president of the German Bundesbank, have called for QT to start by March or even earlier, while more dovish members are hoping for a later launch.

The euro zone’s economy has been holding up, with output growing more than expected in the third quarter, although a recession is widely expected.

Overall, the ECB is seen letting 175 billion euros ($186.01 billion) of debt expire next year, according to a Reuters poll, pointing to a 15-20 billion euro monthly reduction depending on the start date.

Lagarde is expected to face questions about how far the ECB intends to raise rates and reduce its bond holdings – and about the interplay between both.

But investors expecting substantive answers may be disappointed.

“A key difficulty is that the ECB does not know how high it will have to go, reflecting huge uncertainty about both transmission and the inflation outlook,” Greg Fuzesi, an economist at JPMorgan, said.