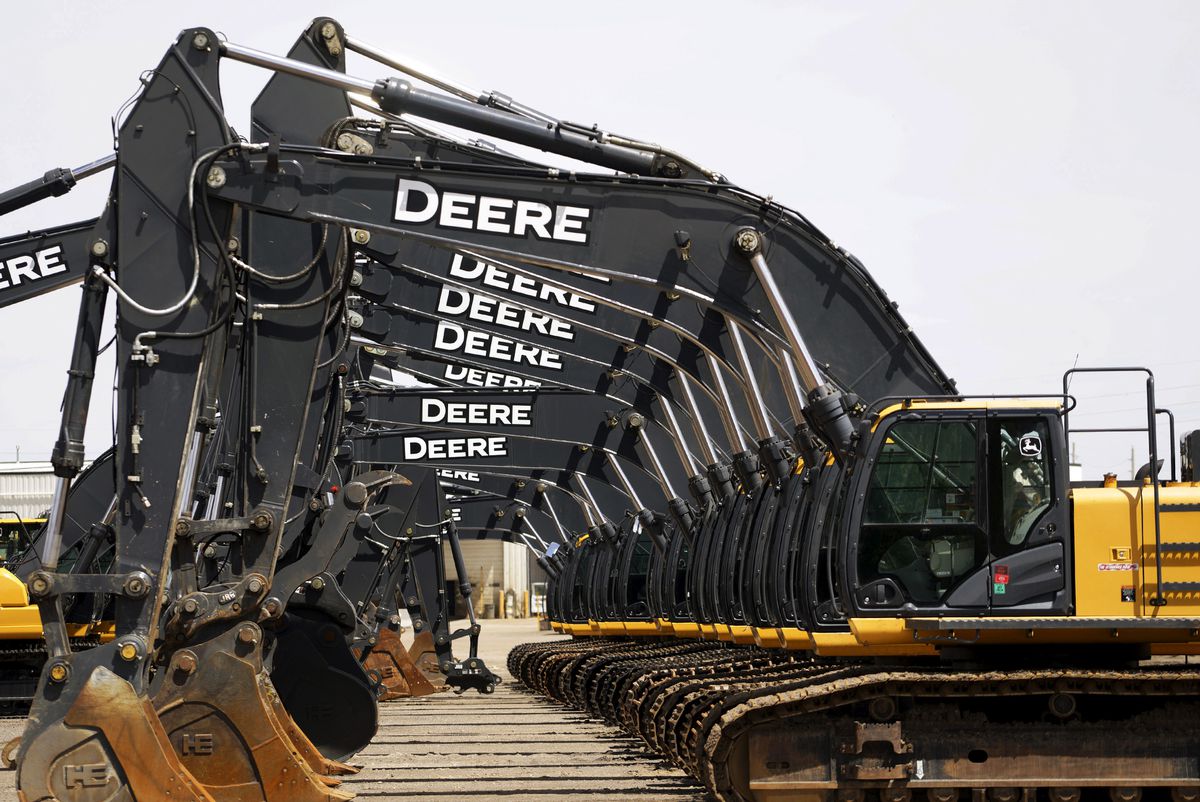 Equipment for sale is seen at a John Deere dealer in Denver, Colorado, U.S. May 14, 2015. REUTERS/Rick Wilking

Aug 5 (Reuters) – U.S. tractor maker Deere & Co (DE.N) said on Thursday it would buy agriculture tech startup Bear Flag Robotics for $250 million, with the goal of developing over the next year systems Deere can sell to allow farm tractors to operate without a human driver in the cab.

“We are effectively in market with real customers today,” Dan Leibfried, Deere’s Director of Automation and Autonomy, told Reuters. Bear Flag has been testing automated tractors on farms in California. Deere began working with the startup in 2019.

Over the next 12 months, Leibfriend said, Deere and Bear Flag intend to develop their automated tractor technology for commercial production in higher volume.

“We want to get this on farms as fast as possible,” he said.

Bear Flag Chief Operating Officer Aubrey Donnellan said the company’s technology is designed so it can be installed on an existing tractor.

“We retrofit existing machines. We want to deliver a solution growers can use in the short term” to respond to shortages of skilled labor in agriculture, Donnellan said.

So far, Donnellan said, Bear Flag has focused its development on automating tractors for tilling fields on California farms that aim to plant two or more crops a year. Self-driving tractors that run 24 hours a day can allow farmers to squeeze in extra plantings, she said.

“That’s dollars in their pocket,” she said.Reporting by Sanjana Shivdas in Bengaluru; Editing by Shailesh Kuber and Aurora Ellis