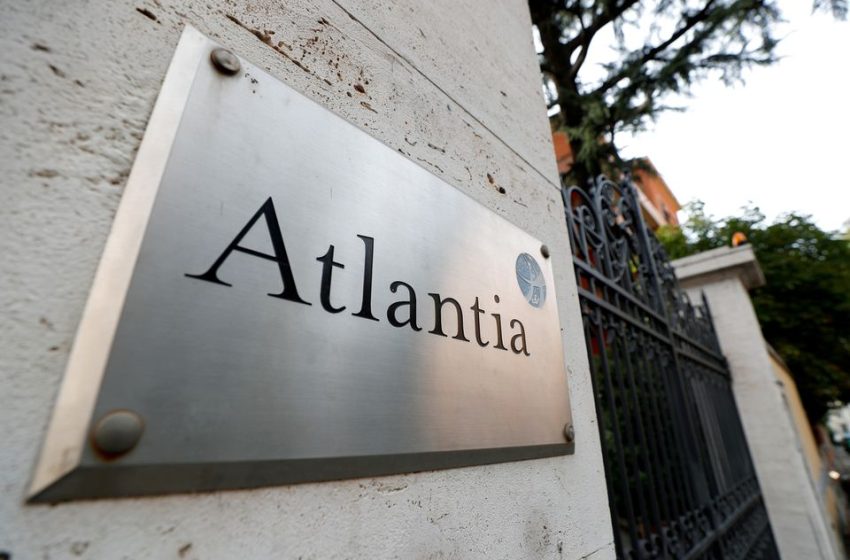 The logo of Italian infrastructure group Atlantia is seen outside its headquarters in Rome, Italy, October 5, 2020. REUTERS/Guglielmo Mangiapane/File Photo

Benettons, Blackstone to launch bid for Atlantia this week – sources

MILAN, April 11 (Reuters) – The Benettons and U.S. investment fund Blackstone (BX.N) are aiming to launch a takeover offer for Italy’s Atlantia (ATL.MI)this week without involving directly other partners for now, two sources close to the matter said on Monday.

One of the sources said the bid could be announced before Saturday, as the two partners rush for taking the Italian infrastructure group private after an unsolicited approach by a consortium led by Global Infrastructure Partners (GIP) and Brookfield.

Benettons’ holding company Edizione, which controls Atlantia with a 33% stake, and Blackstone are expected to set up a new company that will launch the offer for the infrastructure group, the sources said.

Edizione will have the majority of the “Newco,” with Blackstone holding the rest, other partners could follow at a later stage, the sources said.

Speculation over an incoming bid for the group has pushed the stock briefly above 22 euros on Friday, valuing it more than 48 billion euros ($52 billion) including net debt worth 30 billion euros.

Atlantia, which operates airports in Italy and France along with motorways in Europe and Latin America, will pocket 8 billion euros next month from the sale of its Italian motorway unit Autostrade per l’Italia.

This transaction, designed to end a political dispute over the collapse of a bridge operated by Autostrade, has made Atlantia cash-rich, attracting suitors.

In March, GIP, Brookfield and Spain’s ACS (ACS.MC) approached the Benettons with a proposal to buy the infrastructure group, they said last week. read more

According to the sources, the two funds also courted Italian banking foundation CRT and Singapore sovereign fund GIC, two long-time investors in Atlantia which own 4.5% and 8.3% respectively in the group, but were rebuffed.

CRT and GIC could have a role in Edizione-Blackstone’s project for Atlantia at a later stage, one of the sources said.

“Edizione and Blackstone are not currently discussing any plan to involve GIP and Brookfield in their bid,” one of the sources said.