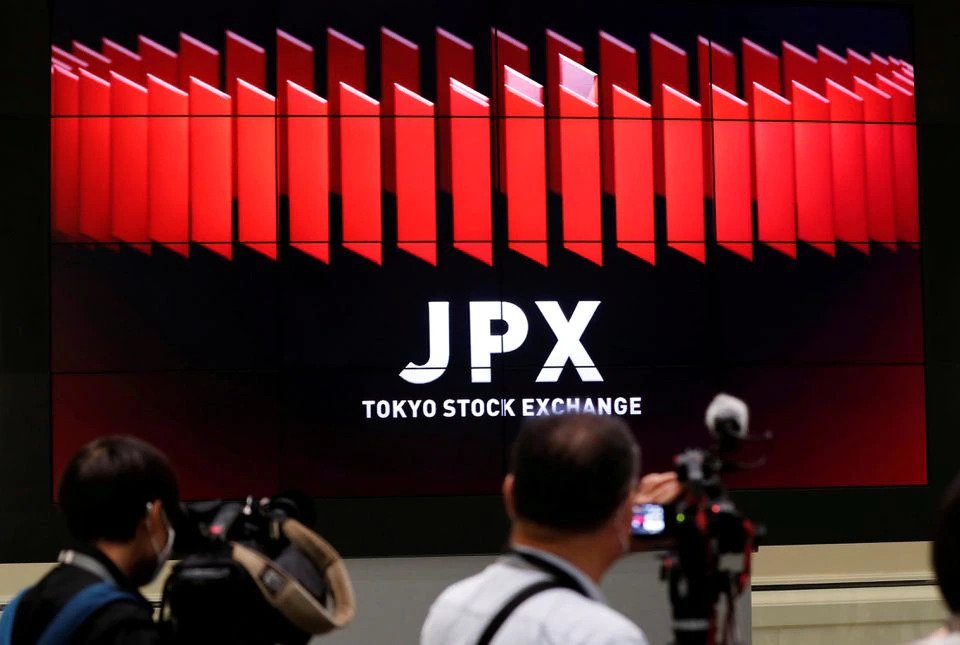 TV camera men wait for the opening of market in front of a large screen showing stock prices at the Tokyo Stock Exchange in Tokyo, Japan October 2, 2020. REUTERS/Kim Kyung-Hoon

Asia shares sit at 2021 lows ahead of Fed verdict

HONG KONG, July 28 (Reuters) – Asian shares stayed stuck at seven-month lows on Wednesday, as markets continued to digest a storm in Chinese equity markets, while the dollar rested with traders reluctant to place large bets ahead of the outcome of the Federal Reserve meeting.

MSCI’s broadest index of Asia-Pacific shares outside Japan (.MIAPJ0000PUS) dropped 0.35% in early trading, having fallen in each of the three previous sessions as regulatory crackdowns in China roiled stocks in the technology, property and education sectors, leaving international investors bruised. read more

Major questions were whether markets would stabilise as they processed the news out of China and whether the spread of the Delta variant posed a risk to growth in the United States and Europe, he added.

“We are still trying to digest the news from China, what’s going to be new is how the Fed view the latest round of (COVID-19) infections and whether they need to readjust their view,” he said.

The statement from the Fed policy meeting, and a press conference from chairman Jerome Powell are due at 2 p.m. EDT (1800 GMT).

Markets will be watching closely for any hints in relation to inflation, economic growth, interest rates and when the Fed will likely start reducing its purchases of government bonds.

The declines in Asian equities on Tuesday spread to other markets overnight, causing Wall Street to retreat a little from the record highs set earlier in the week.

After the U.S. close, Google parent Alphabet Inc (GOOGL.O), Microsoft (MSFT.O), and Apple (AAPL.O) all reported record quarterly earnings, though the smartphone maker’s shares slid in aftermarket trading on the back of a slower growth forecast. read more

In currency markets, the U.S. dollar sat below recent highs after a month long rally, the safe-haven yen gained and the risk-sensitive Australian and New Zealand dollars dropped back.

Analysts at CBA attributed the moves to falling risk sentiment on the back of the Chinese regulatory crackdown.

Gold was slightly lower, with spot trading at $1,798.45 per ounce.Editing by Ana Nicolaci da Costa