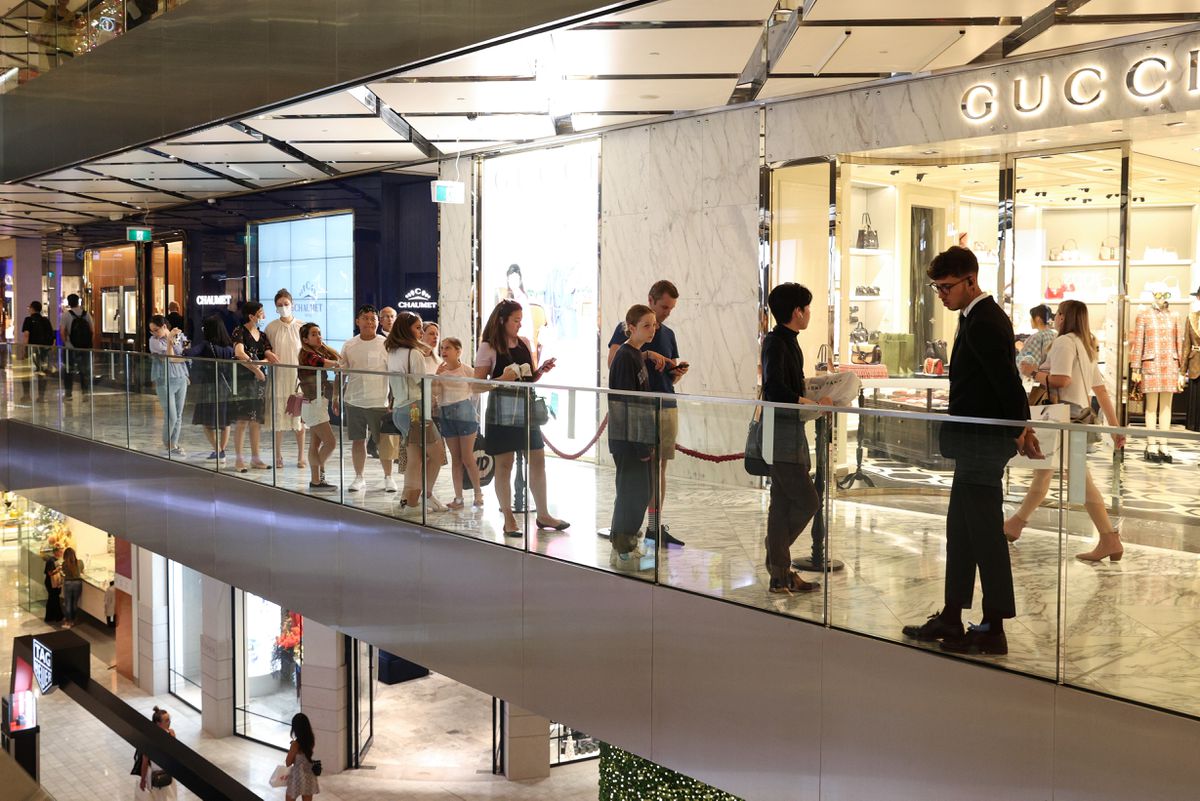 Holiday shoppers stand in line inside a mall in the city centre of Sydney, Australia, December 17, 2020. REUTERS/Loren Elliott

Indeed, the run-up has already been overtaken by events as coronavirus lockdowns in major population centers will almost certainly send the economy backwards this quarter, a powerful argument for extended monetary and fiscal stimulus.

“The heightened risk posed by the delta variant will result in the economy contracting sharply in the September quarter,” said Sarah Hunter, chief Australia economist for BIS Oxford Economics. “Against this backdrop core inflation is likely to remain subdued.”

Wednesday’s data from the Australian Bureau of Statistics showed the headline consumer price index (CPI) rose 0.8% in the June quarter, from the previous quarter, just topping market forecasts of a 0.7% increase.

Petrol was the biggest contributor, followed by health care, fresh food and motor vehicles, where strong demand and supply bottlenecks have pushed up prices.

The CPI climbed a sharp 3.8% on a year ago, but largely because the index had been artificially depressed last year by lockdown relief measures notably on child care payments.

The more benign underlying trend was evident in the Reserve Bank of Australia’s (RBA) trimmed mean measure of inflation which rose just 0.5% in the quarter and 1.6% for the year.

Core inflation has run stubbornly short of the RBA’s 2-3% target band for more than five years, and the bank itself fears it will not reach 2% until the middle of 2023 even with interest rates at record lows.

Crucially there has been scant sign of the kind of broad wage pressures seen in the United States, with Australian firms focused on controlling costs above all else.

The outlook has been further clouded by the spread of the Delta variant, which forced New South Wales on Wednesday to extend a lockdown of Sydney for another four weeks.

Restrictions in the country’s most populous city are set to blow a hole in consumer spending and employment this quarter, puncturing what had been a remarkably rapid national recovery.

Gareth Aird, head of Australian economics at CBA, now expects the economy to shrink by a gut wrenching 2.7% this quarter, with a revival unlikely until November.

“A deep contraction in GDP over Q3 21 is now a fait accompli,” he warned. “Substantial policy support will once again be needed to ensure that the economic rebound is swift when restrictions are eased.”Reporting by Wayne Cole; Editing by Jacqueline Wong and Ana Nicolaci da Costa