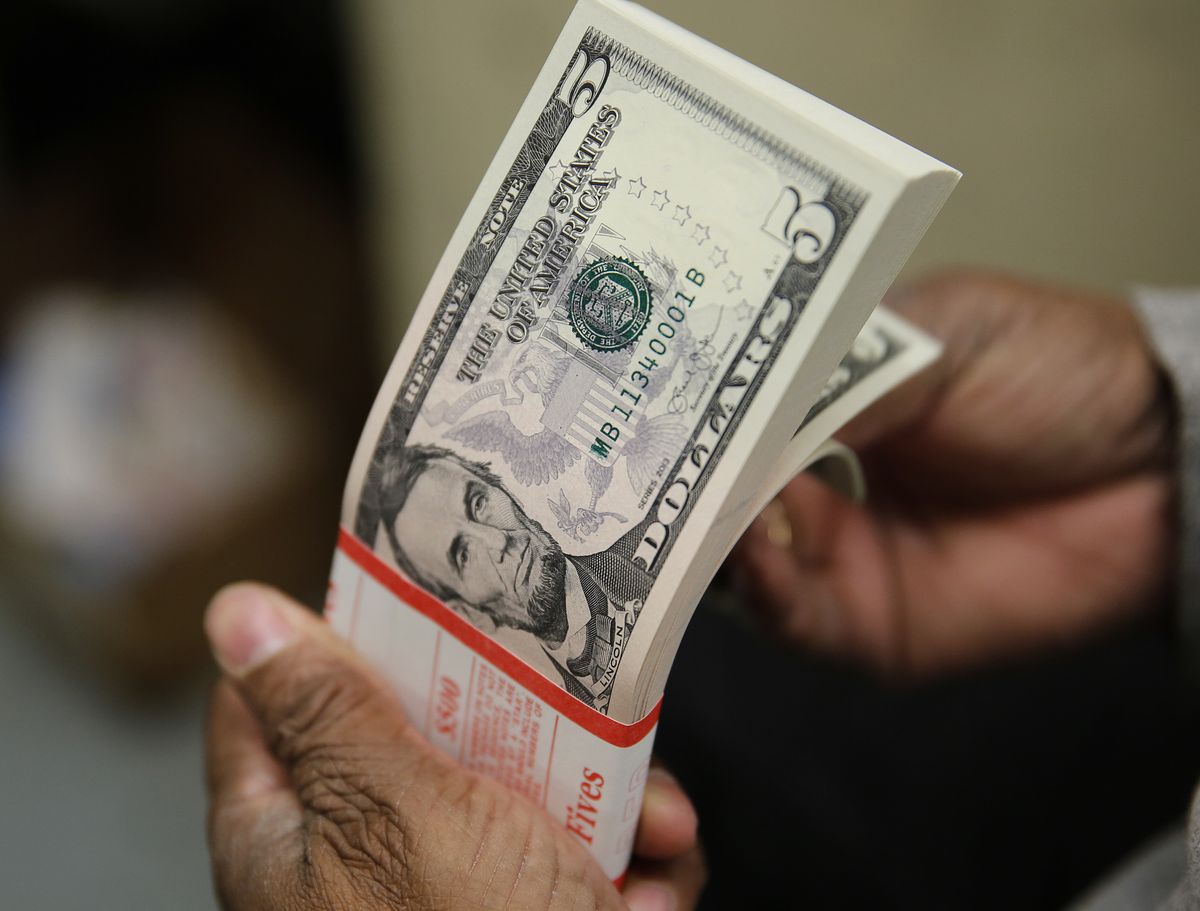 A packet of former U.S. President Abraham Lincoln five-dollar bill currency is inspected at the Bureau of Engraving and Printing in Washington March 26, 2015. REUTERS/Gary Cameron/Files

NEW YORK, Aug 6 (Reuters) – An unexpectedly strong jobs number for July has bolstered the case for investors who believe Treasury yields will head higher over the rest of the year, potentially weighing on an equity rally that has taken stocks to record highs.

Some investors believe the robust jobs numbers could support the view that the Federal Reserve, faced with rising inflation and strong growth, may need to unwind its ultra-easy monetary policies sooner than expected. Such an outcome could push yields higher while denting growth stocks and other areas of the market.

That view, however, is complicated by worries over rising COVID-19 cases across the United States that threaten to weigh on growth and the Fed’s insistence that the current surge in inflation is transitory.

In any event, the data will likely ramp up investor focus on this month’s central bank symposium in Jackson Hole, Wyoming. And if August’s job growth proves equally as torrid, the summer hiring spree would raise the stakes for next month’s Fed meeting, at which the central bank may outline its plans for rolling back monthly asset purchases. read more

Among the implications of higher yields could be a drag on tech and growth stocks with lofty valuations, as rising interest rates erode the value of the longer-term cash flows that many growth stocks are valued on. Those stocks have rallied since yields began drifting lower in March, helping to lift broader markets. For example, five tech or tech-related names alone – Apple (AAPL.O), Microsoft (MSFT.O), Amazon (AMZN.O), Google parent Alphabet (GOOGL.O) and Facebook (FB.O) – account for over 22% of the weight of the S&P 500.

Higher yields could also boost the appeal of so-called value stocks – shares of banks, energy firms and other economically sensitive companies that hurtled higher earlier in the year but have struggled in the last few months.

The Russell 1000 growth index (.RLG) has climbed about 18% since late March against a roughly 6% rise for its counterpart value index (.RLV).

Strong data, though, could make dollar-denominated assets more attractive to yield-seeking investors, potentially boosting the U.S currency. A stronger dollar can be a headwind for U.S. exporters because it makes their products less competitive abroad, while hurting the balance sheets of domestic multinationals that must convert foreign earnings into dollars.

The dollar index rose 0.57% late on Friday, on track for its biggest daily gain since mid-July.

Goldman Sachs, BofA Global Research and BlackRock are among firms that have said yields will rise to near 2% by year-end — an outcome that could be hastened if a strong economy pushes the Federal Reserve to begin unwinding its ultra-easy monetary policies sooner than expected. Others, like HSBC, have called for yields below current levels.

“We think the recovery in long-dated Treasury yields that has taken place over the past week or so is a sign of things to come,” analysts at Capital Economics said in a note published Friday.

“We suspect that growth in the US will be quite strong in the coming quarters, and that the recent surge in inflation there will prove far more persistent than most anticipate,” the firm said.Reporting by David Randall, Saqib Ahmed and Lewis Krauskopf; Editing by Ira Iosebashvili, Leslie Adler and Sonya Hepinstall