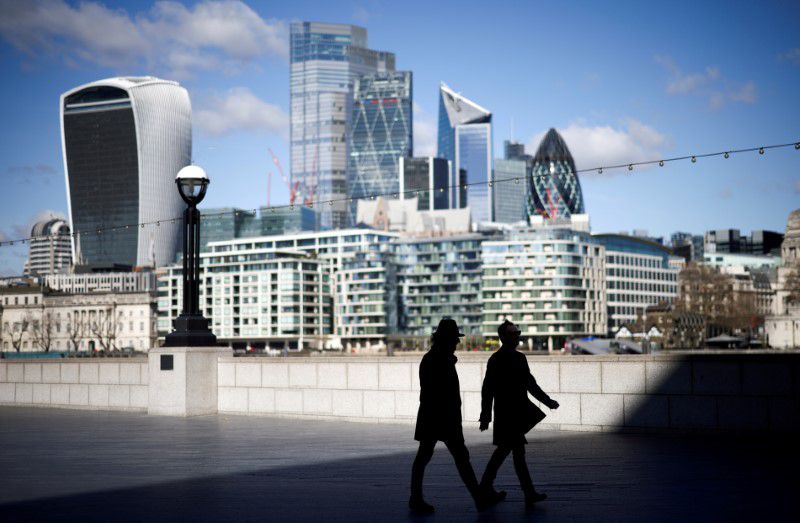 LONDON, Aug 9 (Reuters) – A mass corporate switch in Europe to holding virtual annual shareholder meetings or AGMs has picked up pace this year, raising concern among investors that some companies will try to ditch the physical version permanently.

The pandemic prompted an overhaul of the way companies meet investors, with those in Britain relying on emergency laws to allow them to hold online AGMs in the 2020 season.

But in the second year of the pandemic, there are concerns that permanently virtual meetings could limit investors’ ability to hold executives to account.

From January through July, 40% of AGMs globally were fully virtual, compared with 27% in the whole of 2020, data from Computershare showed.

In continental Europe the jump was particularly high, with 753 of 878 going fully virtual in the first seven months of 2021, compared with 548 of 918 in 2020. The United States did not see the same shift – around half of the 2021 meetings up to July were virtual, a similar proportion to all of 2020.

Several companies including British Airways owner International Airlines Group this year sought permission to go fully virtual in future and mostly faced shareholder rebellions of between 10% and 20%, although all such motions passed.

While many companies allowed a live discussion with management during virtual meetings, others shielded bosses from tough questions, said Kalina Lazarova, director and analyst in the Responsible Investment team at BMO Global Asset Management.

Tactics included requiring questions to be submitted in advance, cherrypicking which were answered, stopping follow-up questions, and limiting the time for questions.

“We have recently heard from companies in Germany that the lack of live Q&A removes a degree of scrutiny and pressure from directors at the AGM,” said Lazarova. “We worry that if these practices become widespread … shareholder democracy, particularly retail investors’ access to boards, will be eroded.”

In Britain, Thomson Reuters Practical Law “What’s Market” data showed that, so far in 2021, 85 FTSE 350 companies had proposed amending their articles of association’s rules about the format of shareholder meetings in 2021, up from 41 in 2020.

At its June AGM, IAG’s resolution to allow virtual meetings to the extent there are reasons that make it advisable passed with 81% of the vote.

Advisory group ISS opposed the change, saying that while virtual meetings are warranted in the current environment, they were concerned the company did not commit to returning to physical or hybrid meetings when it becomes possible again.

Britain’s Aviva Investors, a top-60 investor in IAG according to Refinitiv data, said it had voted against the motion. “As a matter of principle, we are not supportive of virtual-only AGMs,” an Aviva spokesperson said.

IAG did not comment beyond confirming the results of the vote.

Sanne saw a rebellion of 15% against its resolution in May to allow directors to choose a fully-virtual AGM in future, though advisory firm Glass Lewis recommended voting against the proposal because there was not enough disclosure on the circumstances in which a virtual meeting could be held or how shareholders’ rights to participate would be protected.

But DEC’s change to its articles to allow virtual-only meetings passed by 99% of the vote. ISS said it supported DEC’s switch because the company said it had no intention of holding fully-virtual AGMs except in extenuating circumstances.

An association of employee shareholders at the Siemens (SIEGn.DE) AGM put forward a resolution to allow shareholders to ask questions while virtual meetings are ongoing (rather than in advance), but the company’s board recommended against it.

With 56% of the votes, the resolution did not reach the 75% threshold required to pass.

Diana Lee, director of corporate governance and engagement at AllianceBernstein (AB), said the asset manager’s stance depended on the manner in which shareholders can ask questions.

“We’re not necessarily against (virtual-only meetings),” Lee said, “as long as companies continue to allow shareholders to ask all the questions and answer all of the questions in a way that really mimics in-person meetings, as opposed to having a framed or prepared answers”.Reporting by Elizabeth Howcroft and Simon Jessop Editing by David Holmes