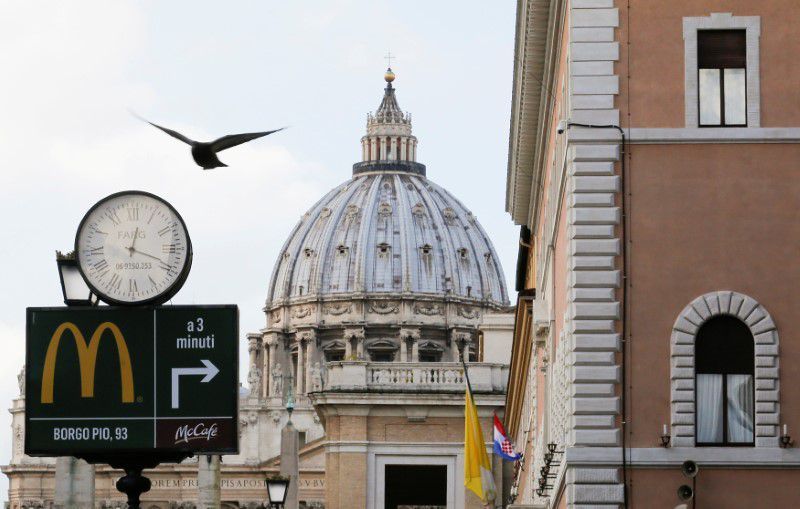 The AGCM move could put the U.S. fast-food chain at risk of a fine of as much as 10% of its global turnover if it is found guilty of breaching Italian antitrust rules.

The AGCM declined to comment. McDonald’s Italy said it was “certain of the correctness of our work” and open to collaborating with the agency. The group made $19.2 billion in revenues in 2020.

The Italian competition watchdog said that based on the available information there appeared to be a relationship of economic dependence between the store operators and McDonald’s.

Some of McDonald’s clauses in the franchising agreements cited by the complainants could constitute an abuse of economic dependence, it said in its decision to open an investigation, according to the 13-page document dated Aug. 4.

The watchdog said a series of pervasive and binding clauses on prices, promotions, stocks, supplies and purchases, financial management, among others, could be seen as elements of abusive conduct.

Antitrust laws prohibit companies from abusing the economic dependence of another company via unjustifiably burdensome or discriminatory contractual conditions, especially when the latter cannot find a viable alternative.

With 85% of its outlets operated by franchisees, franchising is an important business model for McDonald’s. It has about 615 restaurants in Italy, 85% of which are not company owned.

McDonald’s Italy said: “While we do not yet know details of the investigation launched by the Italian Competition Authority, we are open to collaborating with the Authority, and we are certain of the correctness of our work and of the role that McDonald’s has had and continues to have in stimulating entrepreneurship and in supporting the country’s economy.”

McDonald’s has 60 days to respond once it is notified and the investigation must be wrapped up by Dec. 31, 2022, the document said.

McDonald’s found itself on the AGCM’s radar after three operators filed complaints in March regarding rents, royalties, the size of their investments and sales policies, according to the document.