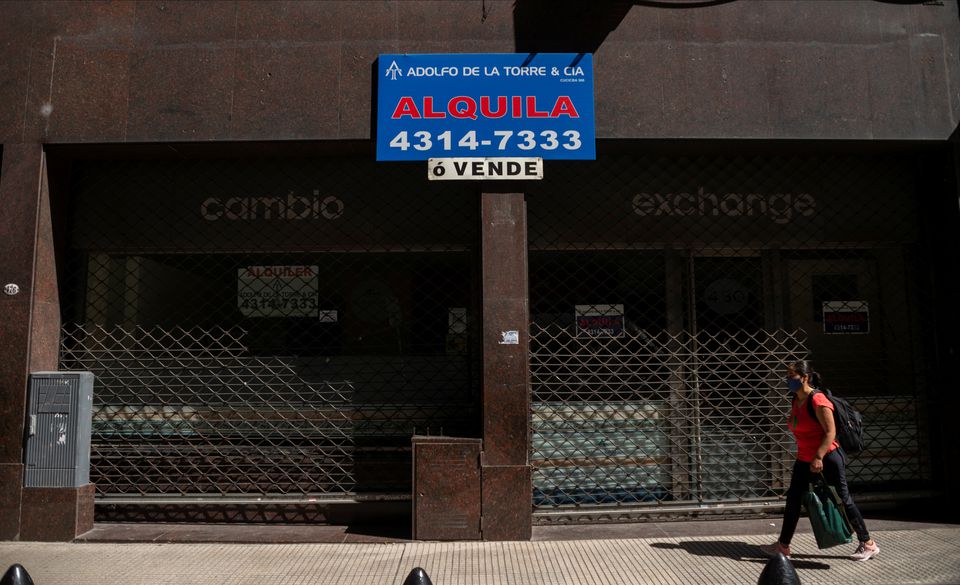 Analysis: Valuing Argentina’s peso: It could cost the Peronists an election

BUENOS AIRES, Nov 9 (Reuters) – Argentina’s embattled currency could cost the ruling Peronist party an election – and its key majority in the Senate.

The peso, on par with the U.S. dollar two decades ago, is now officially worth just one cent. Go to the popular local black market for dollars – which has flourished amid tight capital controls – and it’s worth just half that amount again.

The center-left government of President Alberto Fernandez is facing likely defeat in Nov. 14 legislative elections, which could hobble the second half of his term and rock his Peronist coalition, already weakened by a bruising primary defeat.

Driving voter anger, in part, are the woes of an increasingly schizophrenic peso, which is trading officially at 100 to the dollar but at 200 to the greenback in alternative markets, sparking devaluation fears and heating inflation.

“Inflation and devaluation affect my daily life every time I buy something,” said Marina Smith, 42, a travel agent in Buenos Aires. “It even happens to me that I see the value of something and I no longer know if it is expensive or cheap.”

The unsettled currency, along with the pandemic, has hit her professionally, with capital controls, taxes and devaluation making it more expensive for Argentine tourist traveling abroad.

“When I vote, I’ll take these factors into account,” she said, though she did not specify who she would vote for.

Argentina’s government is fighting spiraling inflation running at an annual rate of above 50%, which is exacerbated by fears of currency devaluation and the real-life higher cost of goods as traders use more expensive informal FX rates.

That rate recently shot above the psychological barrier of 200 pesos per dollar, double the official rate. The gap appeared in late 2019 after a Peronist election win sparked a market crash and led to capital controls, and it has since widened.

“The problem with the exchange rate gap is that it generates a change in incentives, and also in expectations,” said Isaías Marini, economist at consultancy Econviews.

“Now we have a gap above 100%,” he added. “And the expectation of a devaluation generated by this gap translates into an increase in prices.”

Argentina’s Minister of Economy Martín Guzmán has publicly said the government will not allow an abrupt devaluation of the peso, though many traders remain skeptical in a country all too accustomed to wage-sapping inflation that governments through the years have failed to bring under control or even explain.

“It has an enormous influence on the collapse of public opinion,” political analyst Jorge Giacobbe told Reuters, citing “galloping inflation.”

“The blow you will see from the people in this election is down to the fear that what is coming is even worse.”

‘VOTE WITH THEIR POCKETS’

In the wake of the heavy September primary election loss, the government has rolled out spending measures to bolster growth and put money in voter’s pockets.

This has seen transfers from the central bank to the Treasury shoot up while foreign currency reserves have dwindled, made worse by Argentines flocking to the perceived safe haven of dollars despite the high prices and controls.

Pablo Tufarolo, 38, owner of a cellphone sales and repair shop in the capital, said that the impact of the foreign exchange rate was enormous and that his costs were tied to the rate at 200 pesos per dollar, which made paying salaries and rent tough.

“The truth is I would like to vote blank or annul the vote,” he said, lamenting that no government had done anything to help the situation in the country.

The government is also locked in tense negotiations with the International Monetary Fund to revamp $45 billion it owes but cannot repay, and any deal will need to be ratified in Congress.

Raúl Olaciregui, a 57-year-old industrial worker in Buenos Aires province, said that people would “vote with their pockets.” The populous province, normally a Peronist stronghold, swung strongly toward the opposition in the primaries.

“For a long time we have suffered with so much inflation and devaluation, every day everything increases more and what we earn is barely enough to make it to the end of the month, if it can be reached at all,” Olaciregui said.