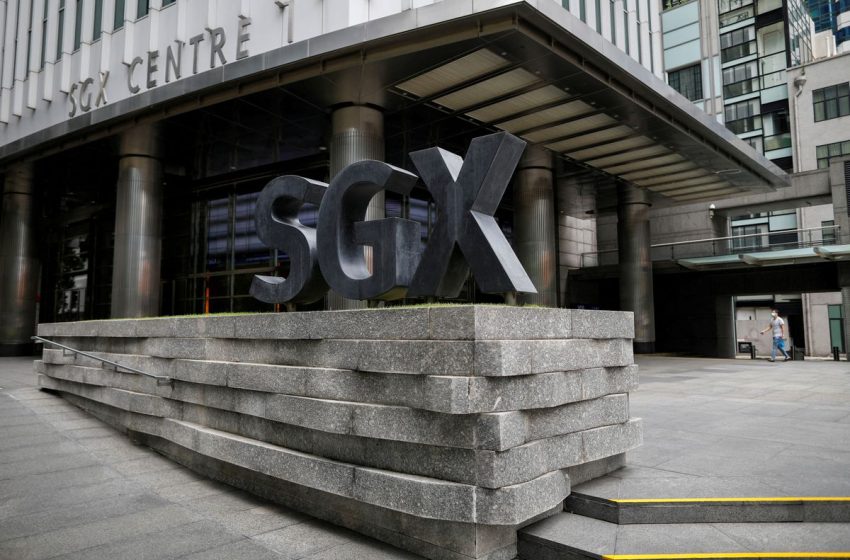 SINGAPORE, Feb 7 (Reuters) – After years of struggling to emerge from the shadows of regional rivals, Singapore Exchange is looking to establish itself as the hub for blank-cheque firms, riding on regulatory overhaul, support by state firms, and a tech boom in its back yard.

Encouraged by the flurry of Southeast Asian tech start-ups seeking funding and the bourse’s revised rules, Singapore could list up to a dozen special-purpose acquisition companies (SPACs) within the next 12-18 months, bankers, venture capitalists, and analysts say.

A key test for SGX will come when such companies, also known as blank-cheque or shell firms, have to seal merger targets within two years, a “de-SPACing” process already weighing on U.S. deals as hundreds of SPACS chase targets.

Analysts say Singapore faces a challenge to get its traditionally risk-averse investors interested in a new asset class, especially after SGX has met with limited success in its previous attempts to shore up its equity market.

In contrast, large international institutions have turned to Hong Kong for blockbuster equity listings over the past decade.

While a craze in SPACs has fizzled out in the United States since early 2021 amid regulatory scrutiny and poor returns, SGX hosted three SPACs last month in their first major debut in Asia. The attraction is that they are simpler and typically more rewarding for startups than an IPO.

Singapore SPACs are likely to chase targets in fintech, tech and consumer sectors, bankers say. Valuations of targets could range between S$800 million ($596 million) to up to S$2 billion, with dealmaking likely as early as this year.

“The size of the opportunity, of younger companies scaling up and going for listings, is several times what it was many years ago and over the next decade it’ll be multiples of those,” said Ashish Wadhwani, a Singapore-based managing partner at IvyCap Ventures, an Indian firm managing about $400 million of assets.

Underlying Singapore’s cautious approach, state investor Temasek-linked entities featured among cornerstone investors in two of the three SPACs, all of which were oversubscribed.

Vertex Venture Holdings, a Temasek subsidiary, and one of Southeast Asia’s largest funds, was the first to launch a S$200 million tech SPAC (VERTU.SI) in January.

“I expect the exchange and regulators to be quite careful in all these processes. I don’t think they will suddenly just open up the floodgates and everybody can come,” said Chua Kee Lock, CEO of Vertex, which manages $5.1 billion of assets.

The latest moves could lead to more global funds playing an active role in public equity markets in Singapore, which is already a leading Asian finance and wealth hub.

“It’s a chicken-and-egg situation. Maybe if you create this SPAC market, then more investors will come,” Wadhwani said.

SPACs typically offer stock with warrants, which are viewed as a key way to attract early investors.

Still, for wealthy investors such as Prantik Mazumdar, the listing of big regional names in Singapore and successful business mergers of SPACS are crucial before he chooses them over directly investing in pre-IPO U.S. tech companies.

“Unless there are exclusive opportunities in specific sectors and differentiated structures that SPACs offer, I’m probably on the fence,” Mazumdar said.

In 2010, SGX deliberated on SPACs but didn’t get favourable market feedback. Last year, it launched a SPAC framework, with a focus on scrutinising track record of sponsors. It required them to invest in their SPACs and unlike in Hong Kong, SGX allowed participation from retail investors.

“Fundamentally, the benchmark to be a sponsor in Singapore is higher, between the capital requirements and the willingness to embrace independent directors who will decide the de-SPAC,” said Neil Parekh, CEO of Pegasus Asia (PEGAU.SI), the Tikehau-backed Singapore SPAC.

Singapore’s success as a global hub for real estate investment trusts (REITs) could be a template to build a SPAC market.

“Singapore has the necessary ingredients to build a healthy SPACs market, and it can develop in the same way as the REIT market if we keep a close watch over the quality of sponsors and maintain overall listing standards,” said Mohamed Nasser Ismail, SGX’s head of equity capital markets.