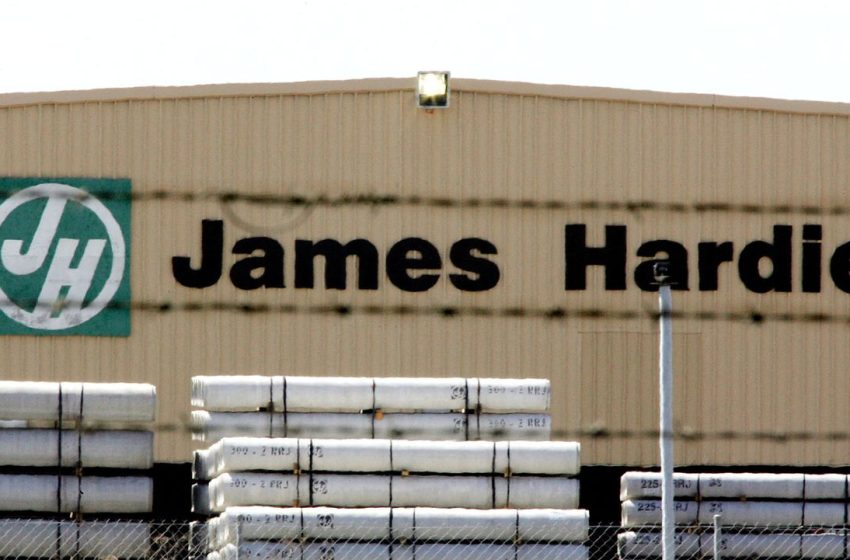 A James Hardie factory is seen behind a fence in western Sydney September 24, 2004. REUTERS/Tim Wimborne

Feb 7 (Reuters) – James Hardie (JHX.AX), the world’s largest fibre cement maker, on Monday raised its annual profit forecast for the fourth time this fiscal year, and guided to even higher earnings next year, driven by a boom in the housing sector in North America.

New home sales in the United States, which makes up 70% of the company’s revenue, rose in every month of the December quarter and are expected to be robust despite the prospect of higher mortgage rates, driving up demand for building materials. read more

That is likely to support the company’s prospects, even as it looks for a new chief executive after firing Jack Truong last month over claims of misconduct and complaints about his management style. Truong has rejected the claims. read more

The Dublin-based firm said it now expects adjusted net income between $620 million and $630 million for fiscal 2022, up from its earlier forecast of $605 million to $625 million.

It also posted adjusted net income of $154.1 million in the December quarter, up from $123.3 million a year ago.

Quarterly net sales were $900 million, up 22% from last year, with its North America segment contributing $644.9 million.