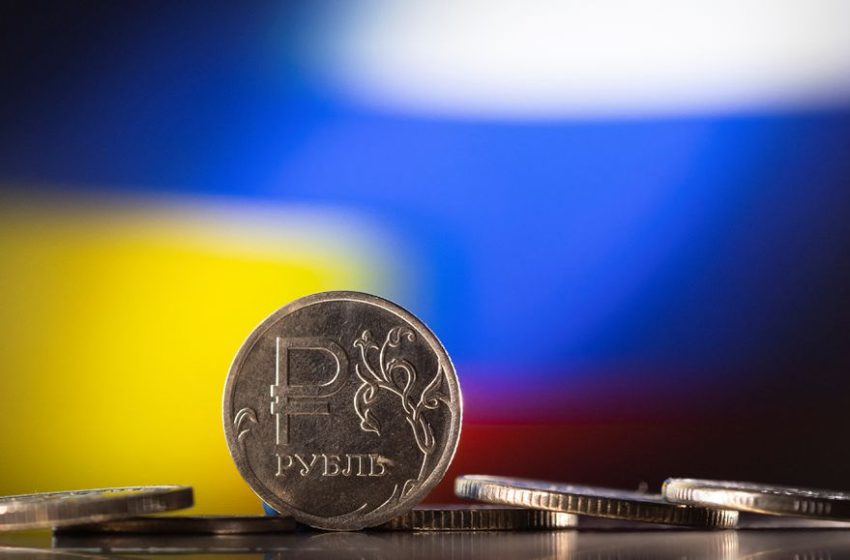 LONDON, Feb 25 (Reuters) – Russia has spent the past seven years building up formidable financial defences, yet in the long run, its economy is unlikely to withstand the onslaught of coordinated sanctions from the West.

Europe and the United States are raining down reprisals after President Vladimir Putin sent tanks into Ukraine, adding to sanctions already pledged in response to his decision to recognise the independence of two breakaway Ukrainian provinces.

“The view Russia will be unaffected is wrong. The negative effects may not be felt up front but sanctions will hobble Russia’s potential in the longer run,” said Christopher Granville, managing director at consultancy TS Lombard and a veteran Russia watcher.

Steps by the West include sanctions and asset freezes on more Russian banks and businessmen, a halt to fundraising abroad, the freezing of an $11 billion gas pipeline project to Germany and limiting access to high-tech items such as semiconductors.

Russia has dismissed sanctions as counter to the interests of those who imposed them. And they won’t immediately dent an economy with $643 billion in currency reserves and booming oil and gas revenues.

Those metrics have earned Russia the “fortress” economy moniker, alongside a current account surplus of 5% of annual GDP and a 20% debt-to-GDP ratio, among the lowest in the world. Just half of Russian liabilities are in dollars, down from 80% two decades ago.

Those statistics result from years of saving since sanctions imposed after Putin’s 2014 Crimea annexation.

According to Granville, surging oil prices will offer Russia an extra 1.5 trillion rouble ($17.2 billion) windfall this year from taxes on energy companies’ profits.

But this kind of autarky has a price — deepening isolation from the world economy, markets and investment, he noted.

“Russia will essentially be treated as a hostile state cut off from global flows, investment and other normal economic interactions that build living standards, incomes, productivity and company profitability.”

Signs of economic vulnerability are already present. Russian household incomes are still below 2014 levels and in 2019, before the COVID-19 pandemic struck, annual economic output was valued at $1.66 trillion, according to the World Bank, far below the $2.2 trillion in 2013.

Sergei Guriev, economics professor at France’s Sciences Po and former European Bank for Reconstruction and Development chief economist, pointed out that Russian nominal per capita GDP, double China’s in 2013, was now behind.

“In 2013 Russia was a high-income country and was actively negotiating OECD accession. Russia is now back to the middle-income status,” he said.

Foreign investors in Russia are a dwindling tribe too.

“Sanctions are going to force Russia to self-finance more and more activity, constraining investment in industry and the military,” said Jeffrey Schott, a trade and sanctions expert at the Peterson Institute for International Economics.

Losing access to SWIFT would complicate export and import payments, and could even prevent paying bond coupons, triggering technical default. JPMorgan projects sanctions will slice up to 3.5 percentage points from GDP growth in the second half of 2022.

“Autarky is no recipe for progress,” analysts at investment bank Berenberg wrote. “Coping with a heavily armed Russia mired in relative economic decline will remain a key challenge for Europe and the United States for the foreseeable future.”