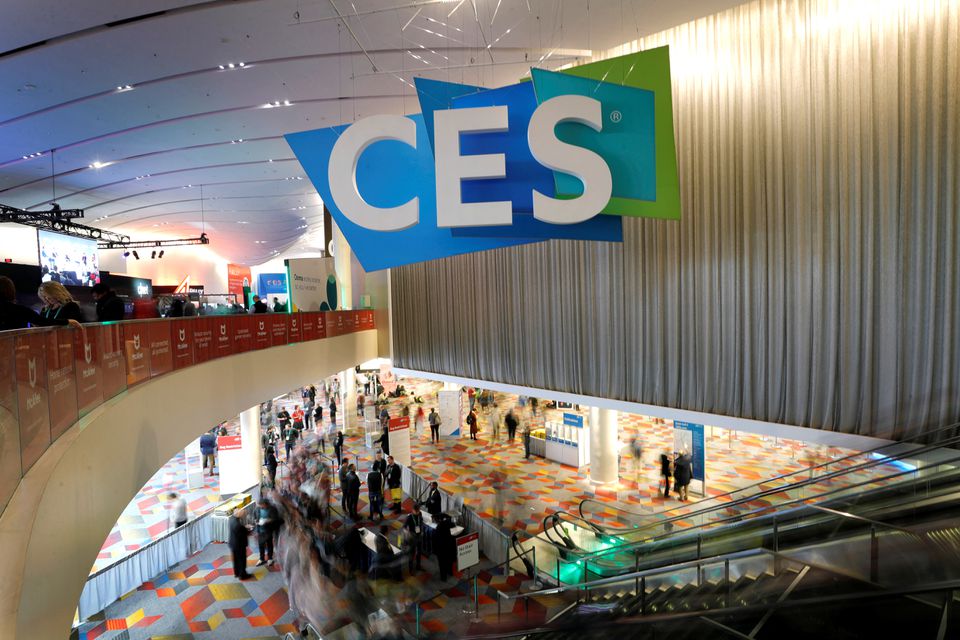 Attendees head into the Sands Expo and Convention Center during the 2020 CES in Las Vegas, Nevada, U.S. January 7, 2020. REUTERS/Steve Marcus

CES, which serves as an annual showcase of new trends and gadgets in the technology industry has attracted more than 180,000 people from around the world to a sprawling array of casinos and convention spaces in the past.

Amazon and its smart-home unit Ring said they would not be onsite at next month’s event due to the “quickly shifting situation and uncertainty around the Omicron variant” of coronavirus, the firm’s spokesperson told Reuters in an email.

Bloomberg News first reported that Amazon and Ring had decided against in-person presence at the show.

U.S. wireless carrier and conference sponsor T-Mobile (TMUS.O) also said the vast majority of its contingent would no longer be going and its chief executive would not deliver a keynote speech.

“We are prioritizing the safety of our team and other attendees with this decision,” T-Mobile said, while expressing confidence that CES organizers were taking exhaustive protective measures.

The other companies had not planned large in-person gatherings.

The Consumer Technology Association, which runs CES, said on Tuesday the show would run from Jan. 5 to Jan. 8. Health precautions would include vaccination requirements, masking and the availability of COVID-19 tests, it added.

Pinterest, before canceling, had planned a scaled-down meeting area for its sales and partner teams, compared to years past.

But many companies, such as Qualcomm Inc (QCOM.O), Sony Electronics (6758.T) and Alphabet Inc’s (GOOGL.O) Google and self-driving vehicle unit Waymo have said they are sticking with plans to attend and show off new hardware or host meetings.

Other companies had long ago planned for virtual presences, among them chipmaker Nvidia Corp (NVDA.O), which is having two executives deliver a keynote address by video.