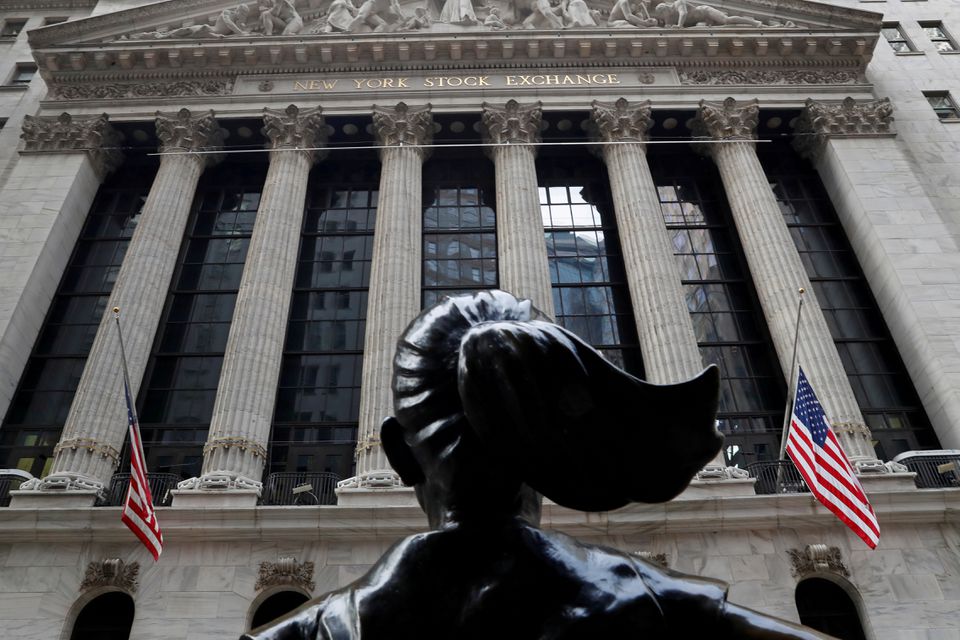 NEW YORK, July 28 (Reuters) – U.S. stocks and the dollar slipped on Wednesday in listless trade after the Federal Reserve gave no clue about when it might start reducing its purchases of government bonds, even as it said the economic recovery is on track.

The Fed said after its latest policy meeting ended on Wednesday that the economy has been strengthening despite a rise in coronavirus infections, and that accelerating inflation remained the result of “transitory factors.” read more

At a news conference, Fed Chairman Jerome Powell said it was not yet time to think about raising interest rates, and that while the Fed has begun discussing plans to taper its bond purchases, the exact timing will depend on incoming data.

“It was a relief that there was no talk of tapering quite yet,” said Ryan Detrick, a senior market strategist at LPL Financial in North Carolina. “Our view is the Fed will likely announce when tapering will start at Jackson Hole later in August.”

The Dow Jones Industrial Average (.DJI) fell 0.36%, the S&P 500 (.SPX) was flat, while the tech-focused Nasdaq Composite (.IXIC) rebounded 0.7% after hitting its lowest in more than two months on Tuesday.

Any sign the Fed may tighten policy sooner than expected could unnerve markets, since its loose policy has flushed the market with cash and pushed Wall Street to record highs. Also, some investors worry the fast-spreading Delta coronavirus variant may scupper economic growth, and hope the Fed will stand pat for now.

The lack of a clear taper timeline, while expected, dragged on the dollar nonetheless. The U.S. currency had a month-long rally as investors bet a strengthening economy would spark a Fed move to taper to quell inflation pressures.

The Fed meeting aside, investor risk appetite also got a boost from signs that China’s stock market might finally be steadying, after being hammered this week by concerns of a widening regulatory crackdown.

The Chinese yuan also edged back from three-month lows. On Tuesday, it had its biggest daily decline since October. The offshore Chinese yuan strengthened versus the greenback at 6.4894 per dollar.

Firmer risk appetites did not dent demand for safe-haven gold, which held steady near $1,800.

U.S. crude added 0.8% to $72.25 per barrel and Brent climbed 0.17% to $74.61.Reporting by Koh Gui Qing in New York, Tom Arnold in London and Alun John in Hong Kong; Additional reporting by Sujata Rao; Editing by David Gregorio and Alistair Bell