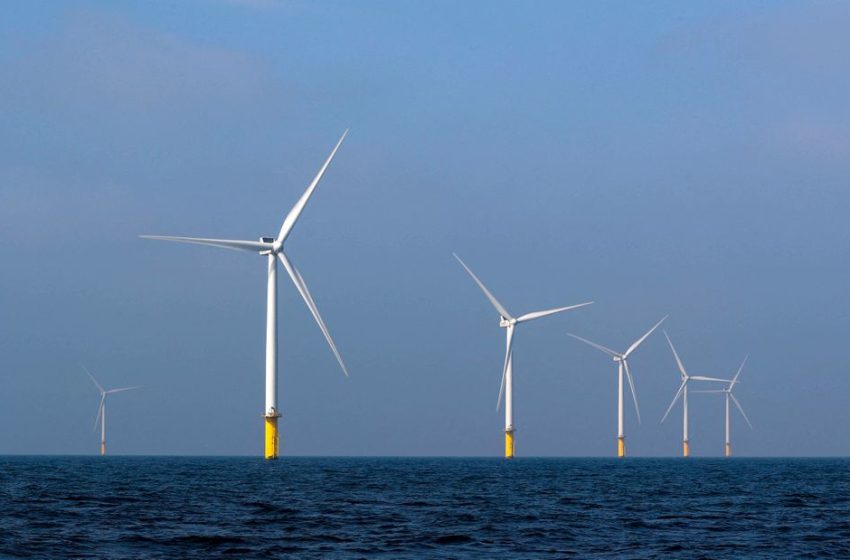 Feb 23 (Reuters) – The United States will hold its biggest ever sale of offshore wind development rights on Wednesday, in an area covering nearly half a million acres off the coasts of New York and New Jersey.

It will be the first offshore wind lease sale under the administration of President Joe Biden, who has made the expansion of offshore wind a cornerstone of his strategy to address global warming and decarbonize the U.S. electricity grid by 2035.

The auction’s scale marks a major step forward for offshore wind power in the United States, which has lagged European nations in developing the technology. Currently, the United States has just two small offshore wind facilities, off the coasts of Rhode Island and Virginia, along with two additional commercial-scale projects recently approved for development.

The Bureau of Ocean Energy Management (BOEM), which has not held an auction for wind leases since 2018, will offer 488,201 acres (197,568 hectares) in shallow waters between New York’s Long Island and New Jersey, an area known as the New York Bight.

The area is 22% smaller than what was initially proposed last summer due to concerns about the developments’ impact to commercial fishing and military interests.

The sale’s 25 approved bidders include entities controlled by Equinor ASA (EQNR.OL), Avangrid Inc (AGR.N), BP Plc and Eletricite de France SA (EDF.PA), according to government documents. Each bidder may only win one lease.

The energy generated from the newly offered areas could one day power nearly 2 million homes, the administration has said.

The online sale will kick off Wednesday morning at 9 am local time (14:00 GMT).

Last year, the Biden administration set a goal of installing 30 gigawatts (GW) of offshore wind by 2030 along the nation’s coastlines. Much of the current development is happening in waters off of Northeastern states.

New York and New Jersey have set targets of building more than 16 GW of offshore wind by 2035, and Wednesday’s lease areas – which lie between 20 and 69 nautical miles off the coast, according to BOEM – could deliver more than a third of that capacity.

In January, a group of New Jersey residents sued BOEM over its leasing plans for the New York Bight. The group, from the summer colony of Long Beach Island, is concerned about the aesthetic impacts of the turbines and potential lost tourism.