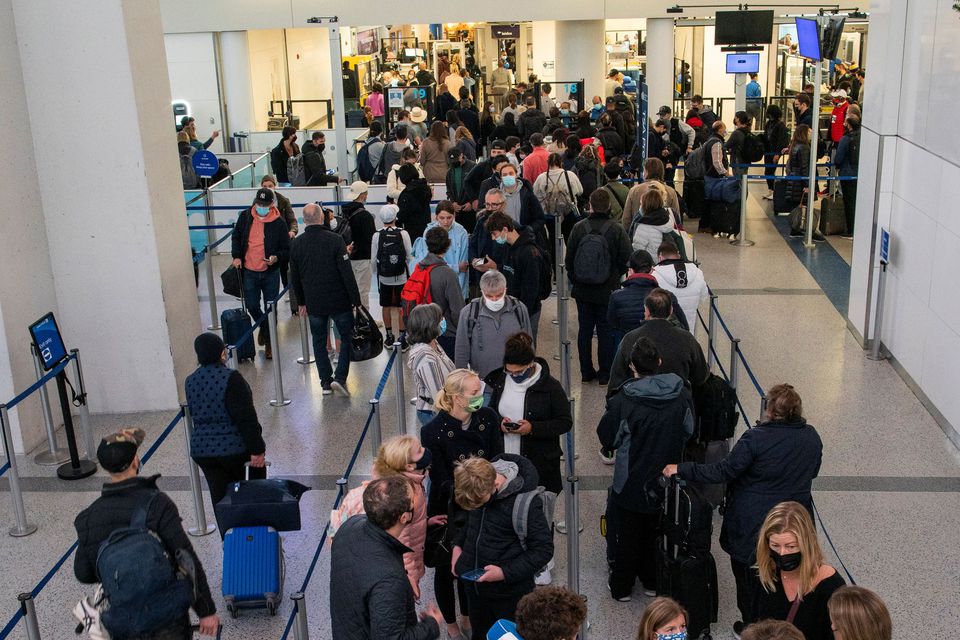 CHICAGO, Nov 24 (Reuters) – Airports and commercial airlines across the United States registered one of their busiest days since before the pandemic on Wednesday as millions of Americans traveled to visit loved ones for the Thanksgiving holiday.

Thanksgiving-eve usually tends to be the busiest day for travel. This year, however, working from home allowed many people to travel early and avoid the last day rush.

“So far, so good,” said Lani Emanuel, who was traveling from Los Angeles to Seattle to see her daughter. “It was a little tricky finding parking, but it doesn’t seem too crazy busy just yet.”

At Newark Airport, too, passengers did not have to wait long to pass through the security checkpoints. Some of the restaurants at the airport were not packed, either.

Thanksgiving marks the beginning of what was shaping up as the busiest holiday season in two years. Rising COVID-19 vaccination rates have made people more confident about travel, leading to a surge in bookings.

U.S. consumers also enter the holiday season flush with spending power, thanks to a still-hefty pile of leftover savings from multiple rounds of government pandemic relief and now double-digit year-over-year wage increases as businesses compete for scarce workers. (For graphic on spending on food services and accommodations, click: https://tmsnrt.rs/3CLC7m9)

Data out Wednesday showed consumer spending overall grew by a greater-than-expected 1.3% in October. Spending on big-ticket items like automobiles lifted the headline figure, but the data also showed broad-based increases in spending on services like travel and eating out that had been sharply curtailed during much of the COVID-19 pandemic. (For graphic on recreation expenditures, click: https://tmsnrt.rs/3DPgHWx)

Americans shelled out record amounts on recreation, eating out, staying away from home and foreign travel last month. (For graphic on spending on foreign travel, click: https://tmsnrt.rs/2ZiM7pi)

The TSA expects to screen about 20 million air passengers during the Thanksgiving travel period, the most since 2019 when nearly 26 million Americans were on the move at that time. On Tuesday, the agency screened about 2.21 million U.S. air passengers, the sixth consecutive day with checkpoint volume topping 2 million.

Lorie Dankers, a TSA spokeswoman, said the agency has hired 6,000 new officers this year and has enough staff to deal with the increase in passenger volumes.

“So staffing, while we are hiring, will not slow people down this holiday season,” Dankers said.

The holiday weekend is also a test for carriers after a spate of flight cancellations marred travel over the summer. One in five Americans are concerned about delays and cancellations, an American Pecans/YouGov survey found.

Carriers have ramped up staffing and offered bonuses and other incentives to employees to ensure they have enough resources.

“We’re staffed and ready to get our customers to where they need to go safely, reliably and enjoyably,” a Delta Air Lines (DAL.N) spokesperson said.

Travel group AAA estimates, in all, 53.4 million people will travel for the Thanksgiving holiday, up 13% from 2020, with air travel recovering to about 91% of pre-pandemic levels.