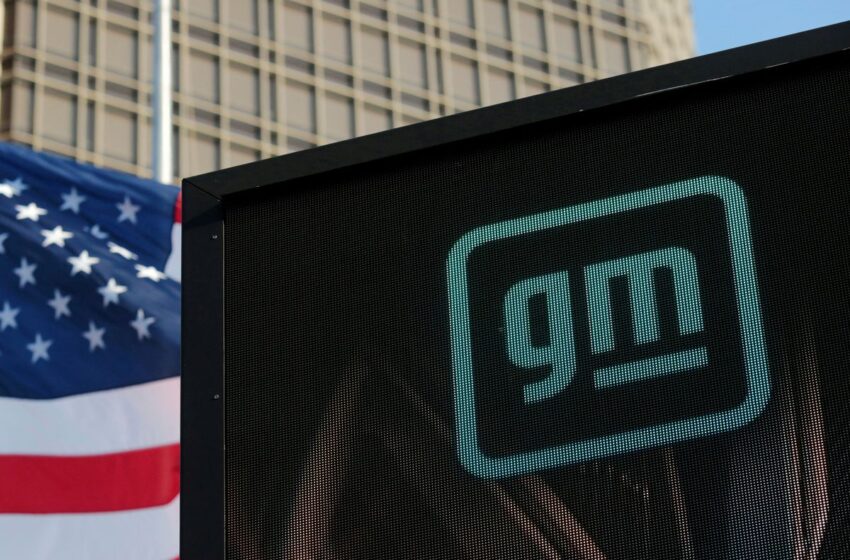 The new GM logo is seen on the facade of the General Motors headquarters in Detroit, Michigan, U.S., March 16, 2021. REUTERS/Rebecca Cook/File Photo

The loan will help finance construction of new lithium-ion manufacturing facilities in Ohio, Tennessee and Michigan, supporting 6,000 construction jobs and 5,100 operations jobs at the three plants.

Last week, workers at the $2.3 billion Ultium plant in Ohio voted to join the UAW, a win for the union, which is seeking to organize the growing EV supply chain.

GM and LG Energy are considering an Indiana site for a fourth U.S. battery plant. They are building a $2.6 billion plant in Michigan, set to open in 2024. This month, Ultium said it would boost its investment in a $2.3 billion Tennessee plant by another $275 million.

President Joe Biden has set a goal for 50% of U.S. auto production by 2030 to be electric or plug-in electric hybrid vehicles. GM plans to build 1 million EVs in North America by 2025 and to stop selling gasoline-powered vehicles by 2035.

The Energy Department said the $3 billion would provide an estimated $40 billion in additional loan authority for a total estimated available authority under ATVM of about $55.1 billion before the Ultium loan.

The ATVM loan program in July closed on a $102.1 million loan to Syrah Technologies LLC for expansion of a facility producing a key component for batteries. It was the first new loan finalized from the ATVM program since 2011.