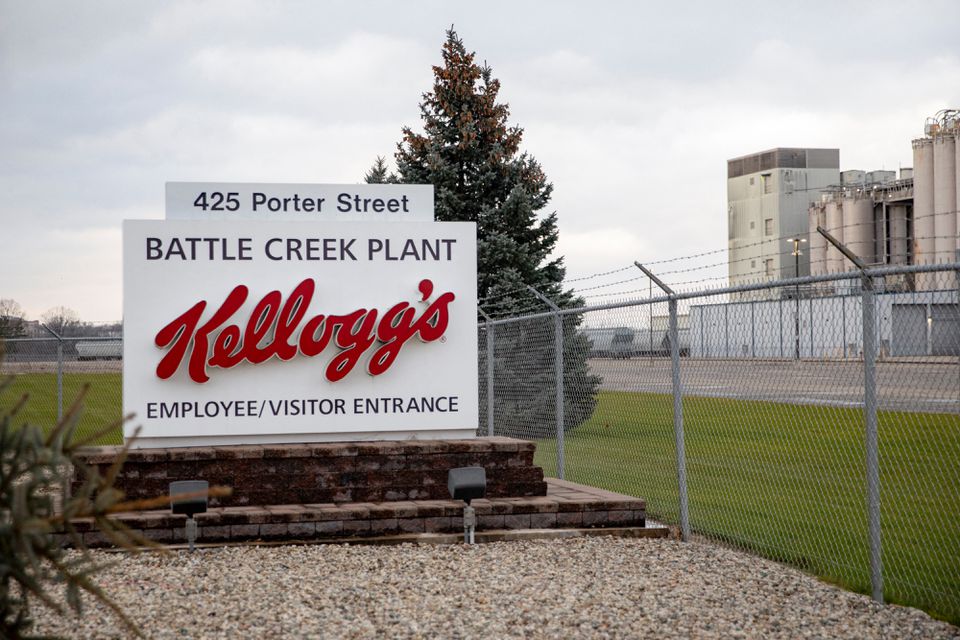 Dec 16 (Reuters) – Kellogg Co (K.N) and the union representing striking workers at its U.S. breakfast cereal plants have reached a tentative agreement on a new five-year contract that could pave the way for the employees to return to work two days after Christmas.

The 1,400 workers have been on strike since Oct. 5 and earlier this month overwhelmingly rejected the last tentative deal after which Kellogg said it would permanently replace the striking workers, a move criticized by U.S. President Joe Biden. read more

The union said on Thursday progress has been made on a few key issues from the previous proposal, including increases in the cost of living wages and removal of the term “legacy employee.”

“Transitional employees have an accelerated, defined path to legacy wages and benefits as compared to the current contract,” Kellogg said.

Voting on the new deal will be held on Sunday and votes will be counted in Kingston, Maryland on Tuesday, according to Dan Osborn, president of the local union in Omaha.

If the workers vote in favor of the proposal, plants in Michigan, Nebraska, Pennsylvania and Tennessee could function at full capacity again. Those plants are currently being run by temporary hires.

“The fact that they (Kellogg) have suggested yet another agreement does highlight the fact that the workers really have the upper hand at this point,” said Ileen DeVault, a labor history professor at Cornell University.

The retiree healthcare coverage cap and the limit on the number of lower-tier employees, however, continue to be a sticking point in the negotiations.

“Increasing the cap for premiums on retiree health insurance would prevent workers from accruing too much medical debt during the golden years,” Osborn said.

Striking workers have also said a two-tier employee system proposed by Kellogg, in which transitional employees get lesser pay and benefits compared with longer-tenured workers, would gradually reduce the union’s power.