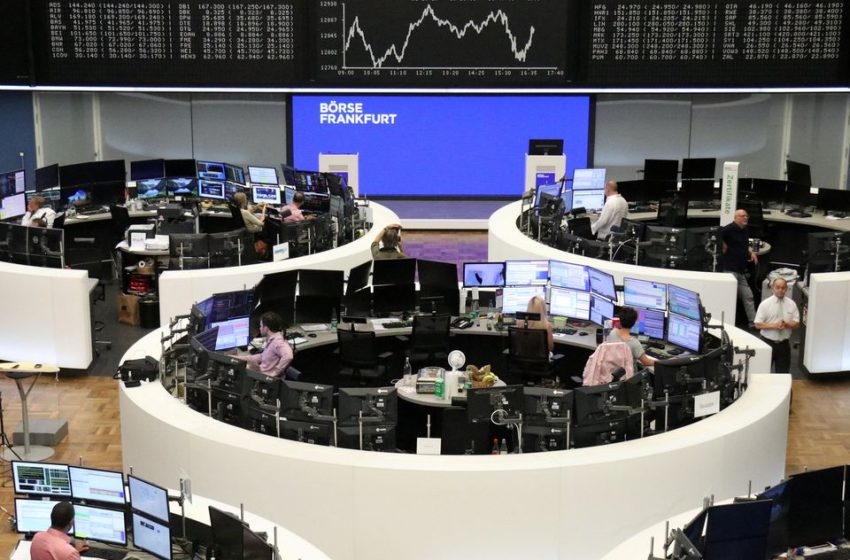 U.S. Treasury yields jumped and the dollar received a boosted by data on Tuesday which showed the U.S. services industry picked up in August, reinforcing expectations for aggressive Fed rate hikes. Markets were pricing in a 73% chances of a 75 basis point hike at the Fed’s next meeting . read more

“Government bond yields across the board are rising and that’s putting pressure on stock markets,” said David Madden, market analyst at Equiti Capital.

“This also comes at a time when there’s increasing fears of the global economy slowing down and bond traders are predicting more rate hikes.”

The 10-year U.S. Treasury yield hit its highest since mid-June at 3.365%, before easing slightly .

“I wouldn’t be surprised if the Fed starts to get a bit concerned about the strength of its domestic currency,” said Equiti’s David Madden, who said a strong dollar could have a negative impact on U.S. exports.

The Japanese yen was at 144.015 versus the U.S. dollar, having hit its weakest since August 1998 at 144.38 yen per dollar . Japan’s government said it wants to act if “rapid, one-sided” moves in the currency market continue. read more

The Chinese yuan sank to a two-year trough, closing in on the psychologically important 7 per dollar mark despite steps by authorities to stem its decline. read more

Euro zone government bond yields rose in early trading, ahead of an expected 75 basis-point rate hike from the European Central Bank on Thursday.

The British pound was a touch lower at $1.15045 . Liz Truss, who took over as Britain’s prime minister on Tuesday, vowed immediate action to help the economy, which faces double-digit inflation and an expected lengthy recession. read more

Showing correlation with mainstream financial markets, cryptocurrency bitcoin touched its lowest since mid-June and the market cap of all cryptocurrencies fell below $1 trillion, according to data provider CoinGecko.

The Bank of Canada is expected to announce a large rate hike later on Wednesday as it battles to curb inflation at its highest in nearly four decades. read more

As Europe grapples with surging energy prices, market-watchers are waiting for a meeting of European Union energy ministers on Friday.