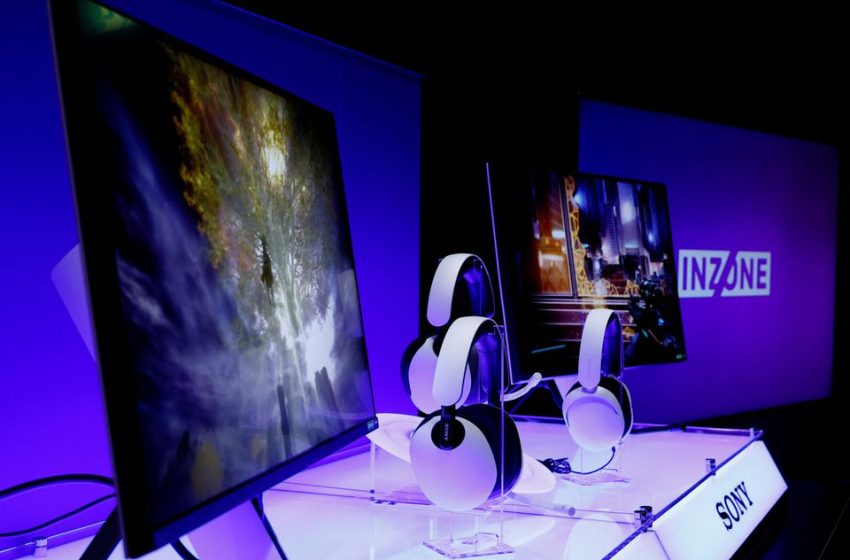 TOKYO, July 29 (Reuters) – Sony Group Corp (6758.T) trimmed its profit forecast on Friday after a weak first quarter for its PlayStation business, which it blamed on waning consumer interest due to a lack of new games and an easing of COVID-19 constraints dampening stay-at-home gaming.

Sony said the business would draw support, however, from its upcoming game slate and as it addresses supply chain snags that have disrupted production of its hit PlayStation 5 console.

“Last quarter was just a bump in the road for Sony,” said Serkan Toto, founder of the Kantan Games consultancy.

“It looks like Sony is actually now getting more and more PS5s into stores, especially in the U.S. and Europe.”

Operating profit at Sony’s key gaming unit fell 37% in the April to June quarter from a year ago, which Chief Financial Officer Hiroki Totoki blamed on a lack of top titles and the return of normalcy to people’s lives amid the COVID-19 pandemic.

“The growth of the overall game market has decelerated as opportunities to go out have increased following a decline in COVID infections,” Totoki said.

Sony cut the annual operating profit forecast for its gaming unit by 16%, citing an expected fall in games sales from external developers while booking expenses from an earlier-than-expected closing of its deal for “Halo” creator Bungie.

Its group-wide operating profit forecast for the year to next March was cut by 4% to 1.11 trillion yen ($8.37 billion).

Sony posted a 9.6% rise in first-quarter operating profit to 307 billion yen, beating analyst estimates, boosted by demand for its movies and television shows.

The conglomerate has said it aims to sell 18 million of its hit PS5 consoles this fiscal year as supply chain snarls ease and it ramps up production. It sold 11.5 million units in the year ended March.

“With recovery from the impact of the lockdown in Shanghai and improvement in component supply we are working to bring forward supply for the year-end holiday season,” Totoki told a news briefing.

Sony sold 2.4 million PS5 units in the first quarter, only a slight increase from the same period a year earlier, while software sales slumped 26% to 47 million units.

Sony competes with Microsoft Corp (MSFT.O), which is aggressively acquiring content to push to its Xbox Game Pass subscription service.

Sony’s Redmond, Washington-based rival this week reported a decline in gaming revenues in its fourth quarter and upcoming high-profile game titles have been delayed.

PlayStation’s pipeline includes hotly awaited titles such as a remake of “The Last of Us” in September and “God of War Ragnarok”, due for release in November.

Sony shares closed flat ahead of earnings. The group’s shares have lost around a fifth of their value this year, compared with a 3% drop in the blue-chip benchmark Nikkei 225 (.N225).