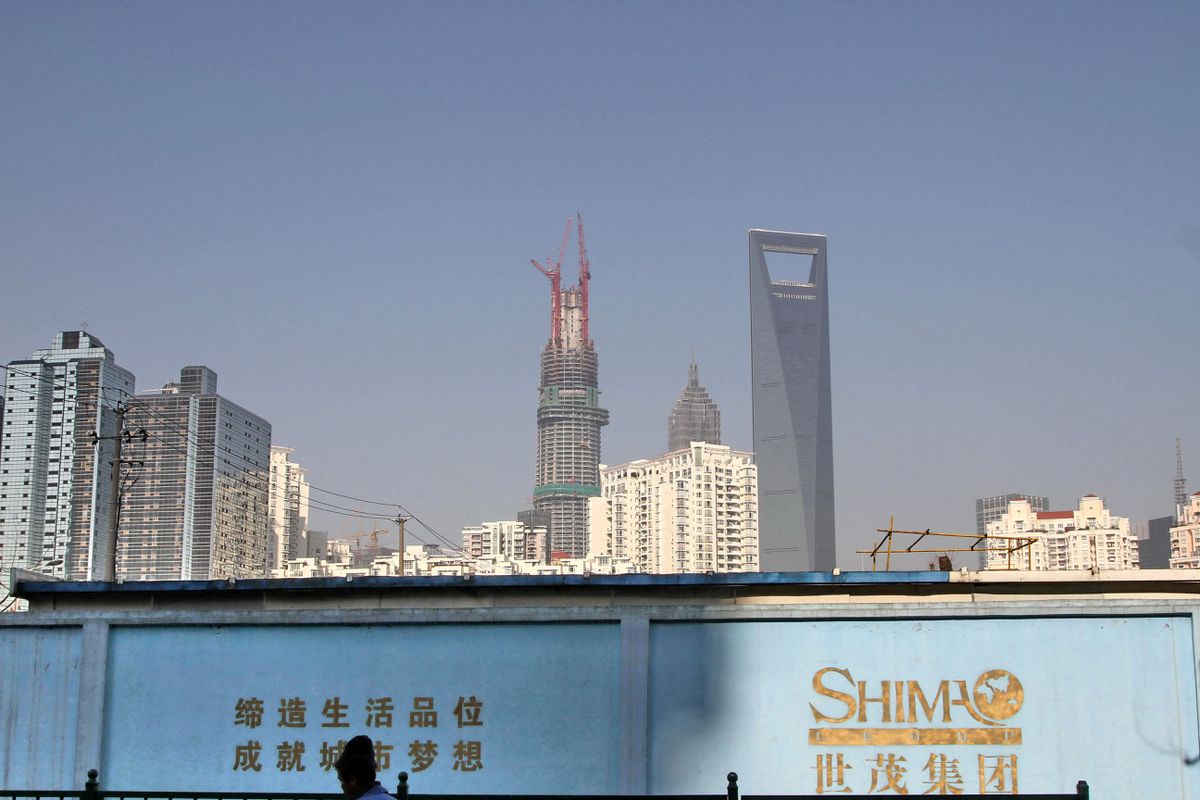 A man walks past a wall carrying the logo of Shimao Group, with residential buildings and the financial district of Pudong seen in the background, in Shanghai, China January 1, 2013. Picture taken January 1, 2013. REUTERS/Stringer

SHANGHAI, Dec 17 (Reuters) – Bonds sold by subsidiaries of Shimao Group Holdings (0813.HK) rose broadly in Shanghai on Friday after a report the Chinese developer plans to repay publicly issued debts due this month, even as ratings agency Moody’s downgraded the company.

Chinese developers have been under enormous strain this year as regulators have sought to reduce leverage in the heavily indebted sector with rules capping their ability to issue new debt.

Shimao has told trust firms that it plans to make payments on its publicly issued bonds and interest that are due in the fourth quarter, financial intelligence provider REDD reported.

Shimao did not respond to a request for comment.

A Shanghai Shimao bond that matures in September, 2024 jumped over 7%.

Shimao saw sharp falls in its shares and debt earlier this month, triggered by worries over an asset sale and cancelled apartment deals. read more

“The rating downgrade reflects Shimao’s increased refinancing risk due to its constrained funding access and sizable debt maturities over the next 6-12 months,” Moody’s said in a statement.

The developer has asked for trust firms for short-term extensions of loans coming due, according to REDD.

It has asked trust firms to be patient and said it expects 10 billion yuan ($1.6 billion) worth of cash to be released from presale escrow accounts from Jan. 1, REDD reported.

Shimao’s biggest creditor, China Merchants Bank, plans to increase its loan exposure to Shimao – currently at 30 billion yuan – and plans to rally financial support for Shimao from other lenders, the report said.