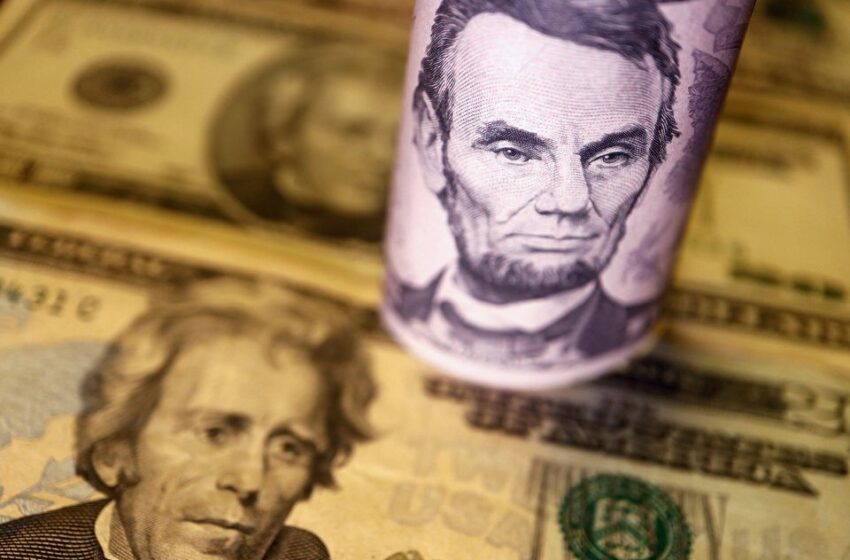 SYDNEY/LONDON, Nov 10 (Reuters) – Shares dipped slightly and the dollar firmed on Thursday, ahead of U.S. inflation data that will influence the Federal Reserve’s rate plans, while the likely collapse of a major digital asset exchange rattled crypto investors.

MSCI’s world stock index slipped 0.36%, dragged down by losses in Asia, but stayed in sight of this week’s two month high.

British, French and German share benchmarks traded sideways, with traders cautious ahead of the data, while U.S. S&P500 futures gained 0.4%.

Sky-high inflation has caused the Fed to raise rates aggressively this year, a process that has boosted the dollar and caused U.S. Treasuries and shares around the world to sell off sharply.

Hopes the Fed might be nearing the end of this process have helped stocks to rally in recent weeks though.

The release of U.S. CPI data, due at 1330 GMT, is the main event of the day for markets as investors try to position themselves based on when and at what level they think U.S. interest rates will peak.

The report is expected to show a slowing in both the monthly and yearly core numbers for October to 0.5% and 6.5%, respectively, according to a Reuters poll.

“I think the story here is that there are many indications of inflation peaking and rolling over – such as supply chains, used cars, maybe wages – but they simply haven’t shown in the CPI report, so the question is: is today the day that all these indicators finally show up?” said Samy Chaar, chief economist at Lombard Odier.

“Everyone is focused on that and how that will affect the pricing for not only the December Fed meeting but also the peak policy rate pricing.”

He said if CPI came in higher than expected, particularly its core components, then that pricing would go up, and likely send the dollar higher, while a lower than expected print could cause the U.S. currency to give back some gains.

Markets are currently pricing in a 54% chance of a 50-basis-point increase at the Fed’s December meeting, according to CME’s Fedwatch tool, with still a good chance of a 75-basis-point rise. Expectations for future meetings are divided.

The greenback hit a 32-year high of 151.94 yen in October and a 20-year peak against the euro in September when the European common currency dropped as low as $0.9528.

The benchmark 10 year U.S. Treasury yield was at 4.1%, a touch lower on the day, while European government bond yields were little changed.

The looming CPI data meant markets largely looked through the outcome of the U.S. mid-term elections. Republicans were edging closer to securing a majority in the U.S. House of Representatives while control of the Senate hung in the balance.

Another factor for markets is that China is again grappling with a COVID-19 surge, with the southern metropolis of Guangzhou reporting thousands of cases. Chinese blue-chips lost 0.7% and the Hong Kong benchmark fell 1.7%.

Apple Inc supplier and iPhone assembler Foxconn said on Thursday it expected flattish revenue in the fourth quarter, as the company grapples with COVID curbs at a major factory in China’s Zhengzhou industrial hub.

Binance, the world’s biggest crypto exchange, said late on Wednesday that it had decided not to acquire smaller rival FTX, which has grappled with a severe liquidity crunch and warned it faces bankruptcy without more capital.

In commodities, oil prices edged down, after tumbling around 3% in the previous session on fears about demand from China and rising U.S. crude stocks.