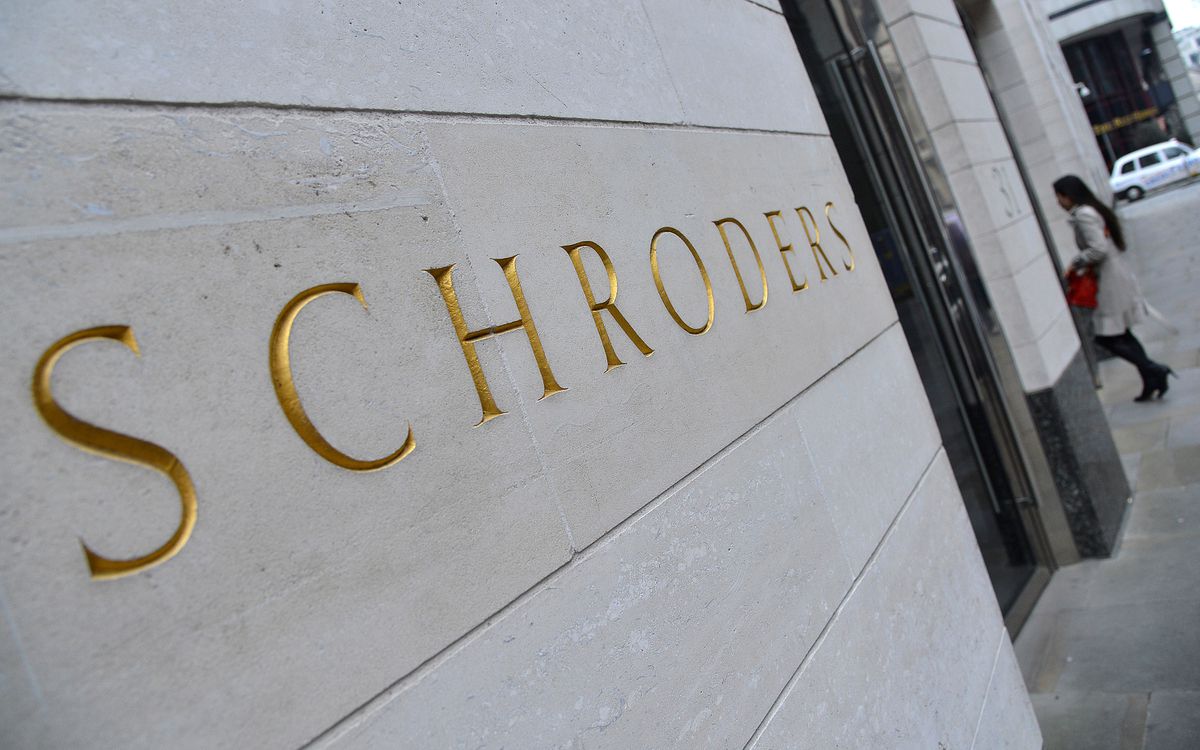 A Schroders sign is seen outside a building in the City of London March 22, 2013. REUTERS/Toby Melville/File Photo

The low rate environment has been a major driver of flows into equities while competing assets of cash or fixed income were “very unattractive”, CEO Peter Harrison told Reuters.

“Savings rates are higher but many of the flows have also come from institutions, so I think the key driver will be interest rates remaining low and markets remaining stable,” Harrison said.

The company said total assets under management climbed 6%, with strong demand for its higher margin equity-focused mutual funds, especially from clients in the United States and continental Europe, helped by rising markets.

However Harrison said he was mindful of the fact that markets had “travelled up a long way”.

“There is clearly lots of evidence, particularly in private markets of a bit of trough. It is not something that is keeping me awake a lot at night at the moment,” he added.

Schroders also cautioned that if inflationary pressures persisted, or the recovery in economic growth disappointed, there could be increased market volatility which would impact its business.

“Somebody used the phrase goldilocks … arguably we are in that place where it is neither one nor the other, and that is not too bad for financial markets.”

Separately, Schroders announced that Elizabeth Corley would be joining as a non-executive director, and that she would succeed Michael Dobson as its chairperson at the end of the company’s shareholder meeting in April next year.

($1 = 0.7176 pounds)Reporting by Muvija M in Bengaluru and Abhinav Ramnarayan in London; Editing by Carolyn Cohn and Pravin Char