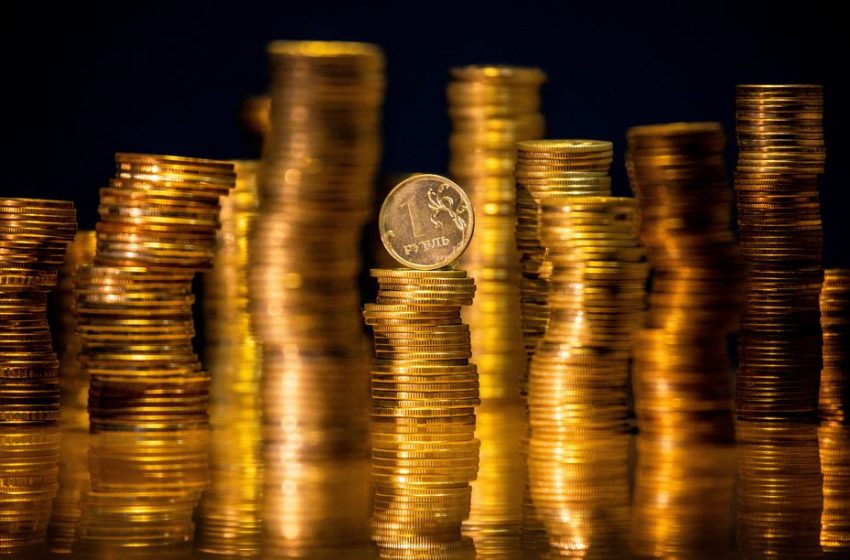 April 11 (Reuters) – The Russian rouble weakened sharply in jittery trade on Monday, reversing some of the previous week’s gains, after the central bank decided to relax temporary capital control measures aimed at limiting a drop in the currency.

Late on Friday the central bank said it will scrap a 12% commission for buying foreign currency through brokerages from April 11 and lift a temporary ban on selling foreign exchange cash to individuals from April 18. read more

The rouble fell to 82.09 against the dollar at the market opening in Moscow, from the 71 roubles hit on Friday for its strongest since Nov. 11.

The decision to scrap the 12% commission on FX operations means speculators will be able to trade again, Alor Brokerage said, adding that market players were tending to lock in even small profits.

The rouble retains support from the obligatory conversion of 80% of FX revenues by export-focused companies as well as from high interest rates, even though the central bank unexpectedly cut its key rate from 20% to 17% last week. read more

ITI Capital analysts said Russia receives about $1.4 billion a day in export revenues and the rouble could firm further, given Russian capital controls and shrinking imports.

The central bank’s cut supported Russian OFZ government bonds. The finance ministry said at the weekend that it won’t borrow on local or foreign debt markets this year.

Finance Minister Anton Siluanov also said that Russia will take legal action if the West tries to force it to default on its sovereign debt. read more

Yields on 10-year OFZs, which move inversely with their prices, fell to 10.62% on Monday . That was their lowest since Feb. 22, two days before Russia started what it calls “a special military operation” in Ukraine, triggering unprecedented Western sanctions against Russia.