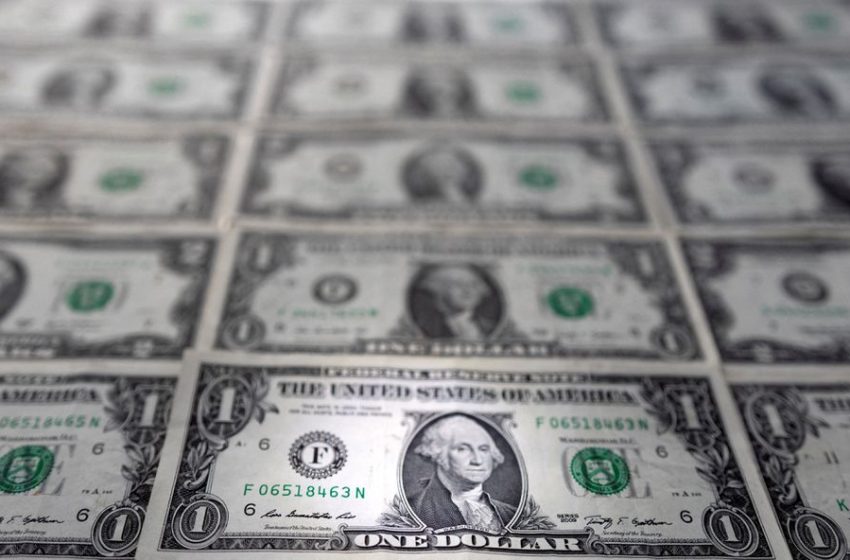 LONDON, April 8 (Reuters) – The U.S. dollar index strengthened to 100 for the first time in nearly two years on Friday, supported by the prospect of a more aggressive pace of Federal Reserve interest rate hikes.

The greenback has gained ground on a basket of rivals over the past month, particularly against the euro, which has been pressured by investor concerns about the economic costs of war in Ukraine and a potentially nail-biting election in France.

The dollar index rose as high as 100 in early European trading hours, its best level since May 2020. It later lost some momentum and was last broadly flat at 99.876.

The index is up 1.4% this week, which would be its biggest increase in a month, backed by hawkish remarks from several Federal Reserve policy makers who are calling for a faster pace of interest rate increases to curb rapid inflation.

This week’s release of the minutes of the Fed’s March meeting showed “many” participants were prepared to raise interest rates in 50-basis-point increments in coming months.

Meeting minutes from the European Central Bank published on Thursday suggested its policy makers are keen to act to combat inflation, but the eurozone has so far taken a more cautious tack than other central banks, weakening the euro. read more

A tightening election race in France between president Emmanuel Macron and far-right candidate Marine Le Pen has added to pressure on the euro, raising investor concerns about the future direction of the euro zone’s second-biggest economy, though Macron is still ahead in polls. read more

“The upcoming French presidential election, with the first round on Sunday, is also adding to current negative EUR sentiment,” currency analysts at MUFG said in a note.

The dollar extended its gains against the Japanese yen , hitting 124.23, its highest in over a week and approaching last month’s near seven-year high of 125.1.

The yen has steadied this month after tumbling in March, but remains under pressure as the U.S. raises interest rates and the Bank of Japan intervenes in the bond market to keep rates low.

In cryptocurrency markets, bitcoin was trading 1% higher at around $43,890.