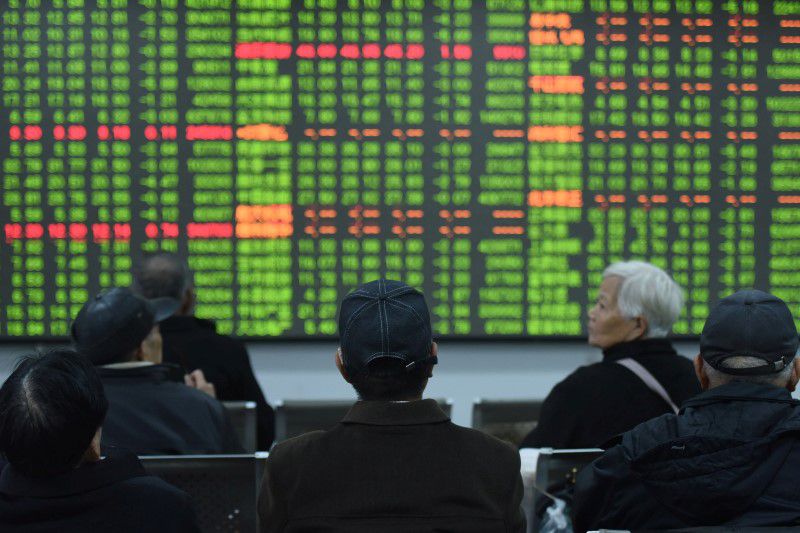 Investors sit in front of a board showing stock information at a brokerage house on the first day of trade in China since the Lunar New Year, in Hangzhou, Zhejiang province, China February 3, 2020. China Daily via REUTERS/File photo

HONG KONG, Aug 9 (Reuters) – Private equity firms are rethinking their strategies in China as a widening regulatory crackdown on some of the country’s hottest sectors forces investors to scout for bets in other industries that they hope will be less vulnerable to sudden policy changes.

The shift comes as investors reel from a barrage of regulatory scrutiny and radical rule changes in the last few months targeting big domestic companies, mainly from the internet, private education and property sectors.

The move to ban private tutoring firms last month from making a profit from teaching core school subjects and raising capital, for example, is set to trigger a scramble among private equity investors to find an exit after pouring in billions.

The unexpected crackdown will not only cast a long shadow over PE investors’ return prospects, but will also narrow investment opportunities at a time when many of them are sitting on billions of dollars worth of capital.

“We are faced with the most stern regulatory environment in over a decade, when market competition is the fiercest and capital the most abundant,” said Richard Ji, chief investment officer and managing partner of All-Stars Investment.

The number of funds raised this year, however, is less than a third of last year and a steep drop from the fundraising peak in 2016 and 2017 when over 1,100 funds were raised each year, the data showed.

According to Chinese data firm Zero2IPO, in 2020, angel, venture and PE-backed investments totalled 887 billion yuan ($137 billion), up 14% year-on-year, of which 384.3 billion yuan went to IT, internet and semiconductor and electronics sectors.

In the first half of this year, investments totalled 470 billion yuan, up 50% year-on-year.

As a result of the crackdown, many investors are shifting focus to sectors that are less prone to antitrust and data-related scrutiny such as semiconductors, automation, renewable energy, healthcare and business-focused tech services.

Those sectors are also seen by some executives to be in line with China’s strategic goals, as, investors say, Communist Party rulers puts socialism before shareholders and remake certain sectors to curb cost pressures and better serve ordinary people.

The tech crackdown has cooled off valuations in internet companies and online education groups, investors said. However they pointed out in popular sectors such as retail, companies are still expensive.

Investors are also chasing tech firms that only concentrate on the Chinese market to avoid potential regulatory risks with their overseas operations, said a Beijing-based senior investor with a PE fund.

Having been caught off guard by the regulatory crackdown, some investors said they would now conduct more policy analysis when they evaluate a potential investment.

Some started reading The Governance of China, a multi-volume book written by Chinese President Xi Jinping, to find policy directions. Others said they would read more state media to pick up policy clues.

“We have to keep ahead of what the country is thinking,” said Choon Chong Tay, managing partner and head of Vertex Ventures China, a VC firm backed by Singaporean state investor Temasek.Reporting by Kane Wu and Julie Zhu; Editing by Sumeet Chatterjee and Stephen Coates