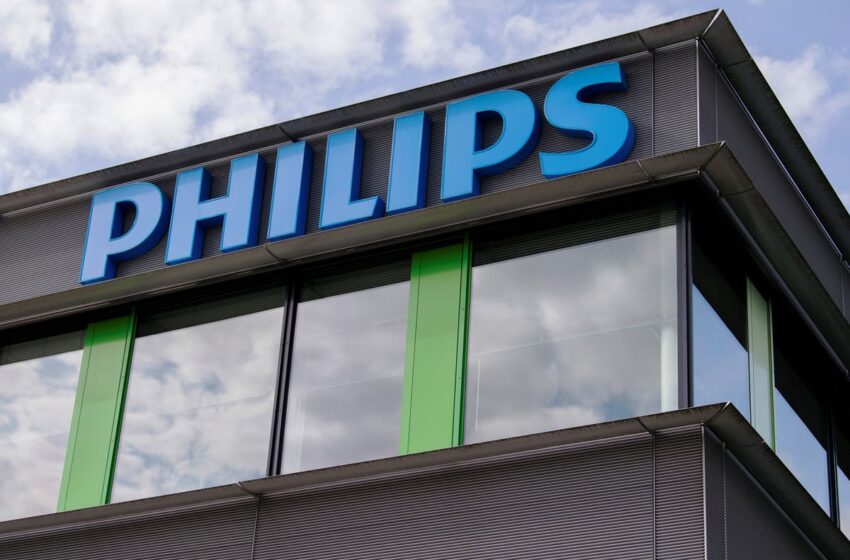 AMSTERDAM, Jan 12 (Reuters) – Philips shares (PHG.AS) plunged more than 11% on Wednesday morning after the Dutch health technology company hiked the cost of its massive recall of ventilators and said earnings would take a big hit from global supply chain shortages.

The supplier of hospital equipment and personal health devices said it expected fourth-quarter core profit to drop almost 40% to about 650 million euros ($739 million), as it continued to scramble for memory chips and other parts.

“It’s a difficult situation,” CEO Frans van Houten told reporters. “We had shortages of several components and saw port congestion, sometimes up to 2 or 3 weeks. All of this meant our manufactured goods couldn’t reach customers in time.”

Comparable sales fell 10% on a yearly basis to 4.9 billion euros, Philips said, as hospitals had to postpone the installation of equipment due to a lack of parts.

Van Houten said the supply chain problems had intensified over the fourth quarter, and were not expected to disappear in the first months of 2022. But he maintained guidance that growth would resume over the course of the year.

Quarterly sales were around 350 million euros lower than Philips had expected, taking comparable sales over 2021 down 1%, versus the company’s previous guidance for a small rise.

The adjusted margin on earnings before interest, tax and amortisation (EBITA) is now expected to fall to about 12% from 13.2% in 2020, against a previous forecast for a modest rise.

The supply chain problems added to worries over the recall of ventilators, which has spooked investors and lopped over 18 billion euros of the Amsterdam-based company’s market value over the past nine months.

Philips said it had taken a new provision of 225 million euros as it expected to take back and repair over one million more devices than previously anticipated.

This took total costs of the recall to 725 million euros.

That amount, however, does not cover the possible costs of litigation, with Philips facing more than a hundred class action suits from worried patients, some of whom have alleged degrading foam in the devices could cause cancer or other health issues.

The company last year estimated it would replace up to four million ventilators and respiratory devices worldwide because of a polyurethane foam part that might degrade and become toxic. read more

Last month, it said first tests on impacted devices had shown encouraging results, indicating the problem would not result in long-term health consequences for patients.

The company will publish full quarterly and yearly results on Jan. 24.