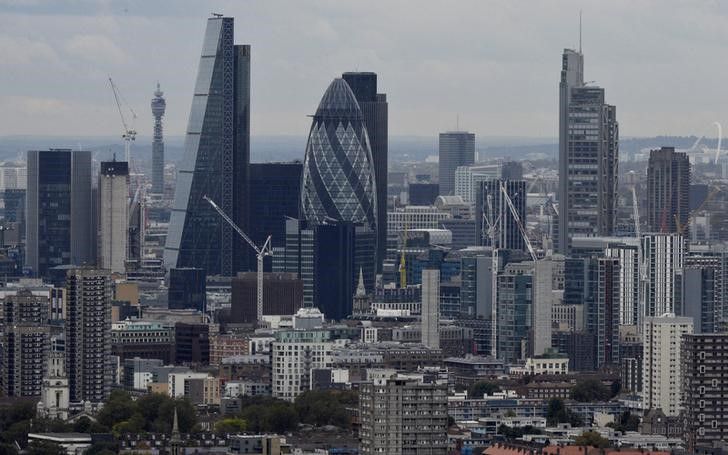 A general view of the financial district of London is seen in London, Britain, October 19, 2016. REUTERS/Hannah McKay

LONDON, June 13 (Reuters) – Leading UK and U.S. pension investors managing more than $1 trillion have launched a campaign to stop companies using dual-class share structures that concentrate voting power in the hands of certain shareholders at the expense of others.

Launched by British railways pensions scheme Railpen and the non-profit Council of Institutional Investors (CII), others backing the Investor Coalition for Equal Votes (ICEV) include the New York City Comptroller’s Office and the Washington State Investment Board.

Companies with dual-class structures have two or more types of shares with different voting rights – usually one with greater voting rights for founders or early investors, and another for other shareholders with less voting power.

The imbalance means most investors have less control over how the company is run and can make it harder to collectively push back on issues such as executive pay and corporate strategy.

Despite this, policymakers in countries including the United States and Britain have warmed to dual-class structures as a way to attract new listings to their markets.

The group said it will lobby market participants and policymakers to make clear that proportionate shareholder voting is essential to effective stewardship and long-term corporate performance.

“Voting is an important part of the stewardship toolkit, but dual-class share structures without automatic time-based sunset clauses mean long-term investors are trying to influence with one hand tied behind our backs,” Caroline Escott, ICEV Chair and senior investment manager at Railpen, said in the release.

“The issue is fundamental to the ability to engage with, and hold companies to account on, material risks and opportunities, and we hope that the work of ICEV will mark a turning point in the dual-class share structure debate,” Escott added.

Amy Borrus, executive director of CII, said the campaign would complement efforts by the group to push for legislative change in the United States, where the group’s draft legislation aims to curtail the use of dual share classes.

Under the draft legislation, national stock exchanges would be required to bar listings of new dual-class companies unless they have seven-year sunset provisions, or both classes of voters approve the structure within seven years of listing.