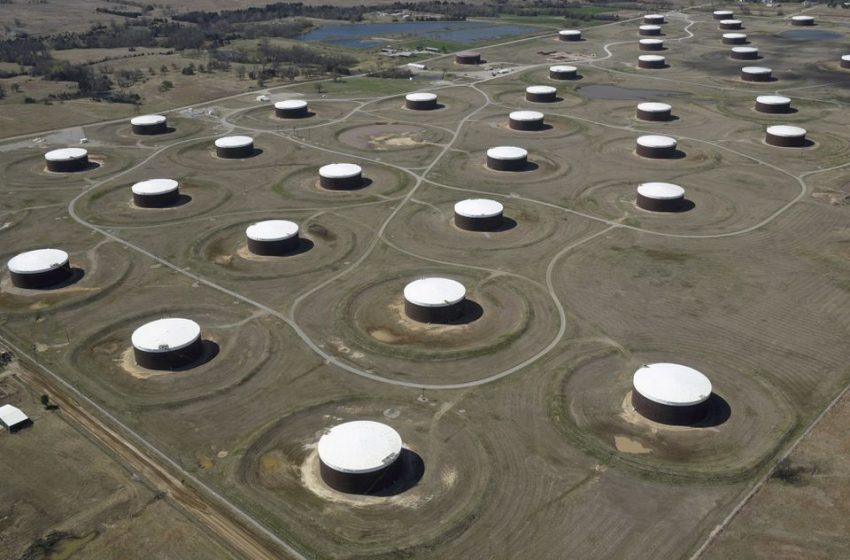 Crude oil storage tanks are seen from above at the Cushing oil hub, in Cushing, Oklahoma, March 24, 2016. REUTERS/Nick Oxford/File Photo

LONDON, Feb 24 (Reuters) – Oil prices jumped on Thursday, with Brent rising above $105 a barrel for the first time since 2014, after Russia’s attack on Ukraine exacerbated concerns about disruptions to global energy supply.

Russia launched an all-out invasion of Ukraine by land, air and sea in the biggest attack by one state against another in Europe since World War Two. read more

The United States and Europe have promised the toughest sanctions on Russia in response.

Brent and WTI hit their highest since August and July 2014 respectively.

Russia is also the largest provider of natural gas to Europe, providing about 35% of its supply.

“This growing uncertainty during a time when the oil market is already tight does leave it vulnerable, and so prices are likely to remain volatile and elevated,” said Warren Patterson, head of ING’s commodity research.

Analysts believe that Brent is likely to remain above $100 a barrel until significant alternative supplies become available from OPEC, U.S. shale or Iran, for example.

The United States and Iran have been engaged in indirect nuclear talks in Vienna that could lead to the removal of sanctions on Iranian oil sales.

Iran’s top security official Ali Shamkhani said on Twitter on Thursday that it is possible to achieve a good nuclear agreement with Western powers after significant progress in negotiations. read more

Analysts are warning of inflationary pressure on the global economy from $100 oil, especially for Asia, which imports most of its energy needs.