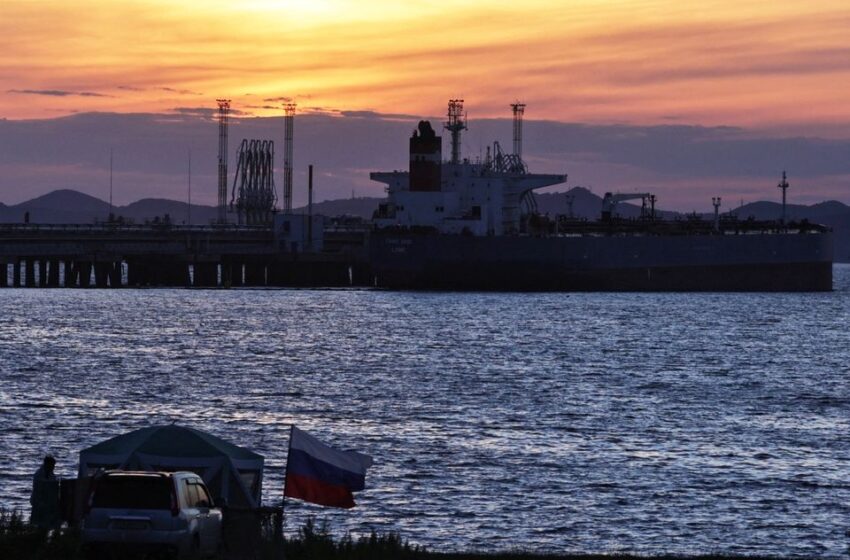 A view shows Chao Xing tanker at the crude oil terminal Kozmino on the shore of Nakhodka Bay near the port city of Nakhodka, Russia August 12, 2022. REUTERS/Tatiana Meel

Oil rebounds after biggest drop in decades at start of year

LONDON, Jan 5 (Reuters) – Oil rebounded on Thursday after posting the biggest two-day loss for the start of a year in three decades with the shutdown of a U.S. fuel pipeline providing support, though economic concerns capped gains.

Big declines in the previous two days were driven by worries about a global recession, especially since short-term economic signs in the world’s two biggest oil consumers, the United States and China, looked weak.

Helping drive the gains on Thursday was a statement from top U.S. pipeline operator Colonial Pipeline, which said late on Wednesday its Line 3 had been shut for unscheduled maintenance with a restart expected on Jan. 7.

“This morning’s rebound is due to the shutdown of Line 3 of the Colonial pipeline,” said Tamas Varga of oil broker PVM. “There is no doubt that the prevailing trend is down; it is a bear market,” he added.

Both benchmarks’ cumulative declines of more than 9% on Tuesday and Wednesday were the biggest two-day losses at the start of a year since 1991, according to Refinitiv Eikon data.

Reflecting near-term bearishness, the nearby contracts of the two benchmarks traded at a discount to the next month, a situation known as contango. , < CLc1-CLc2>

On Wednesday, figures showing U.S. manufacturing contracted further in December weighed on prices, as have concerns about economic disruption as COVID-19 works its way through China, which has abruptly dropped strict curbs on travel and activity.

Also weighing were inventory figures from the American Petroleum Institute, which according to market sources showed a rise in U.S. crude and gasoline stocks.

Official inventory data from the Energy Information Administration is out at 1530 GMT.