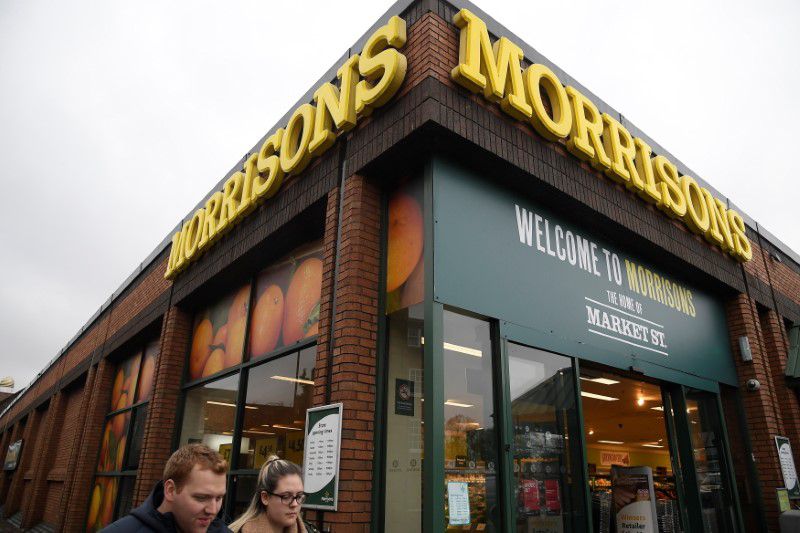 Britain’s Takeover Panel, which regulates corporate takeovers, said on Monday CD&R would have until Aug. 20 to announce a firm intention to make a new offer or walk away, a so-called “put-up or shut-up” order, extending a previous Aug. 9 deadline. read more

The battle for Britain’s fourth-largest grocer after Tesco (TSCO.L), Sainsbury’s (SBRY.L) and Asda, is the most high-profile looming takeover in the country amid a raft of bids and counter bids, reflecting private equity’s appetite for UK Plc. read more

Morrisons on Friday approved the raised 272 pence a share offer from the consortium led by Softbank (9984.T) owned Fortress Investment Group – a 52% premium to its share price before takeover interest emerged.

The retailer had requested the Takeover Panel set a revised deadline for CD&R. read more

On Friday, Morrisons also adjourned from Aug. 16 to Aug. 27 the shareholder meeting to vote on the Fortress offer. To pass, it would need the support of shareholders representing at least 75% in value of voting investors at the meeting.

Shares in Morrisons were trading at nearly 279 pence on Monday – above Fortress’ new offer, indicating investors expect a higher bid.

Analysts have also speculated that U.S. giant Amazon (AMZN.O), which has a partnership deal with Morrisons, could still enter the fray. read more

CD&R, which has former Tesco boss Terry Leahy as a senior adviser, had a 230 pence a share proposal worth 5.52 billion pounds rejected by Morrisons on June 17. read more

Last month, Morrisons’ board agreed to Fortress’ 254 pence a share offer worth 6.3 billion pounds but major Morrisons investors Silchester, M&G and JO Hambro all indicated it was too low. read more

Fortress, which bought British wine seller Majestic Wine in 2019, has said it “remains committed to becoming the new owner of Morrisons.”

The Fortress consortium, which also includes Canada Pension Plan Investment Board, Koch Real Estate Investments and Singapore’s sovereign wealth fund GIC, has given assurances that it would retain Morrisons’ headquarters in Bradford, northern England, and its existing management team led by Chief Executive David Potts, and execute its existing strategy. Material store sale and leaseback transactions are not planned.

People with knowledge of the situation have said CD&R would also be able to tick those boxes to secure a recommendation from Morrisons’ board.

They said CD&R, whose track record includes investment in UK discount retailer B&M (BMEB.L), was likely to stress the greater synergies they would get from a deal, given its existing ownership of the Motor Fuel Group petrol forecourt chain.

However, some analysts have argued that a higher bid makes asset sales more likely.