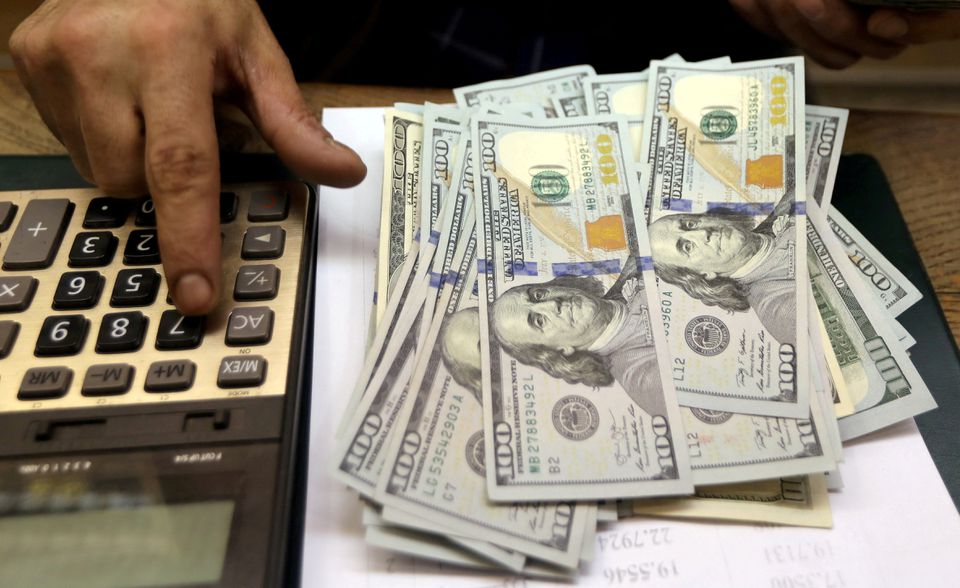 TOKYO, Aug 9 (Reuters) – The dollar climbed against major peers on Monday, reaching a four-month high versus the euro, as traders positioned for an earlier tapering of Federal Reserve stimulus.

The greenback strengthened as far as $1.1742 to the single currency , extending a 0.6% pop from Friday, when a strong U.S. jobs report stoked bets that a reduction in asset purchases could start this year and higher interest rates could follow as soon as 2022.

The dollar index , which tracks the U.S. currency against six rivals, rose to a two-week top 92.915.

“U.S. payrolls were a game-changer,” Chris Weston, head of research at brokerage Pepperstone in Melbourne, wrote in a client note.

The dollar index is eyeing a close above 93, while the currency could head for $1.1704 per euro, Weston wrote, adding that it could climb further versus the yen too should U.S. yields continue to tick higher.

The benchmark 10-year Treasury yield jumped 8 basis points on Friday to a two-week high of 1.3053%. There was no trading in Tokyo on Monday with Japan shut for a national holiday. Singapore markets were also closed.

Friday’s non-farm payroll report showed jobs increased by 943,000 in July compared with the 870,000 forecast by economists in a Reuters poll. Numbers for May and June were also revised up. read more

The Fed has made the labor market recovery a condition of tighter monetary policy, and most officials back the view that a jump in inflation will prove transitory, though there is debate over how prolonged it could be.

Traders will be keenly watching a U.S. consumer price report on Wednesday.