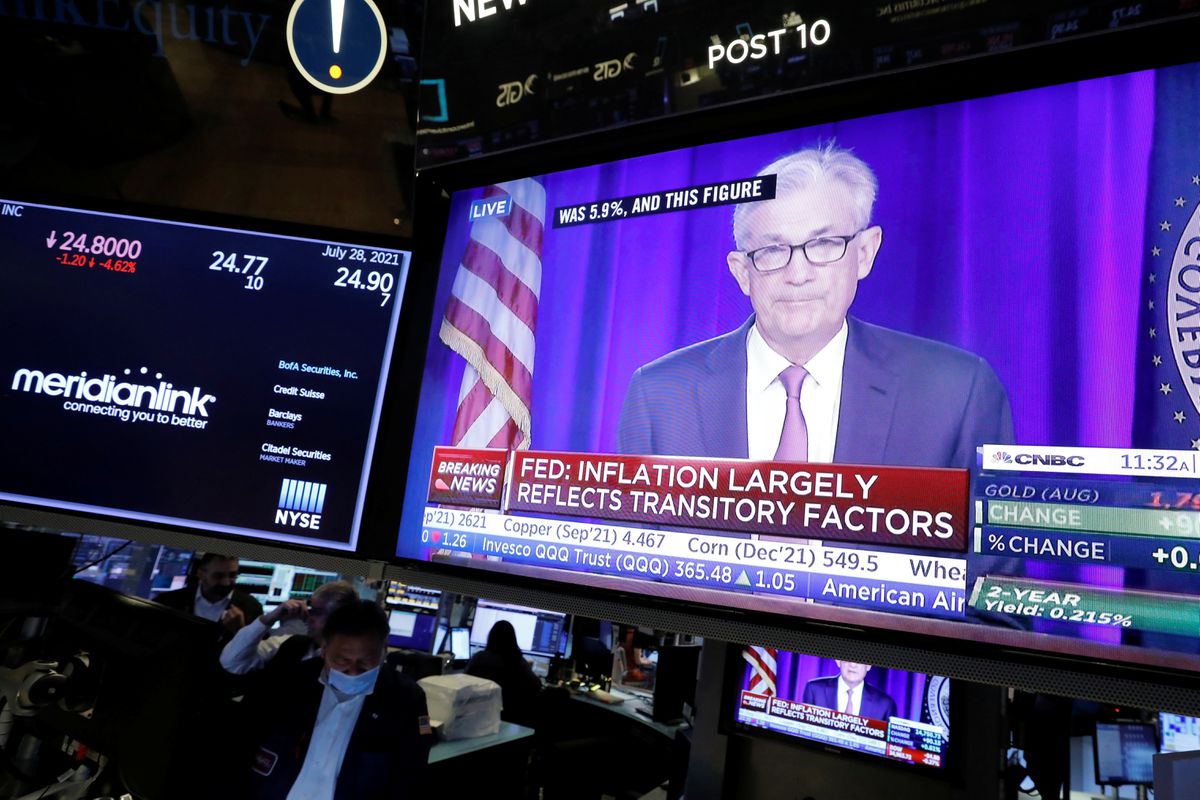 July 29 – A look at the day ahead from Danilo Masoni.

The main reveal from the Fed’s statement was that it was inching closer to a policy normalisation announcement and that came as no surprise to anyone.

Dovish remarks by Chair Jerome Powell in the news conference later did the rest, dragging the dollar lower and sending Treasury yields sliding. Focus will move now to macro data ahead of the Fed’s end-August Jackson Hole summit, where many expect the taper announcement will come.

The direction of travel is clear and the realisation that peak monetary stimulus is behind us is keeping equity markets from deriving too much cheer from the stellar earnings season.

The reaction to Big Tech results has been tepid and in Europe, the impact of earnings looks negatively skewed — the market is punishing misses more than it is rewarding beats.

The string of strong numbers today from the likes of Airbus, Volkswagen and Nokia corroborate the view that Europe Inc is set for a record 125% jump in Q2 earnings. Airbus and Nokia are tipped to open 3-5% higher.

But, overall, futures point to a muted start, even though the pan-regional STOXX index is firmly anchored near record highs as investors await the recovery to run its full course.

A discordant note came from Credit Suisse, which posted a 78% profit slide, reflecting the Archegos and Greensill hits.

Elsewhere, a slowdown warning from Facebook could dent risk appetite on Wall Street ahead of Amazon earnings. In Asia however, angst over Beijing’s regulatory crackdown is easing, setting Chinese stocks for their biggest daily gain since May. Thank those returning to buy the dip.

Finally, Samsung — unsurprisingly — forecast strong demand for memory chips in the second half and a recovery in the mobile market to 2019 levels. Its shares though were unimpressed.

Key developments that should provide more direction to markets Thursday:

– Nestle raises guidance after coffee drinkers boost its first half