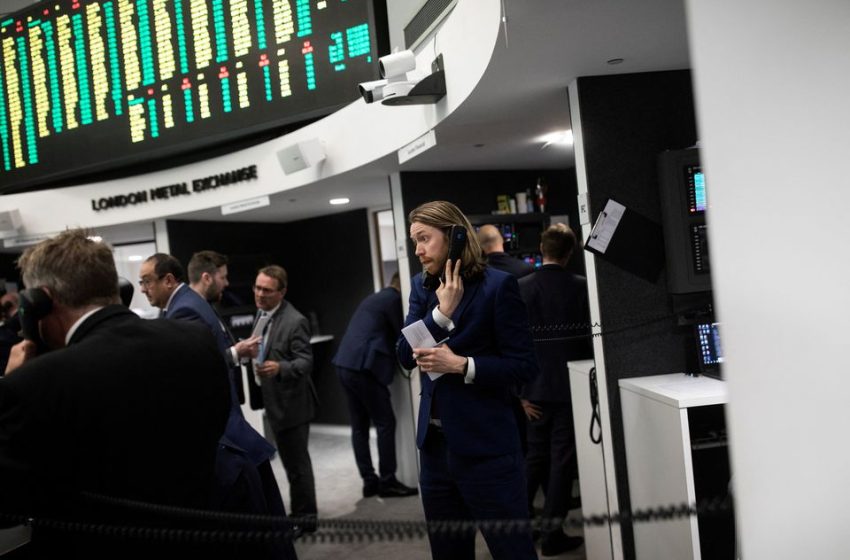 LONDON, March 22 (Reuters) – The London Metal Exchange has no current plans to ban from its system metal from Russian producers, such as nickel and copper from Norilsk Nickel or aluminium from Rusal, it said on Tuesday, despite calls from some members to do so.

Western countries have sanctioned Russian banks and wealthy individuals connected to President Vladimir Putin since Russia’s invasion of Ukraine last month – which the Kremlin terms a “special operation” – but so far there are no restrictions on buying Russian metal.

Russia supplies about 10% of the world’s nickel, 6% of its aluminium and around 3.5% of its copper. A ban on Russian metal could lead to shortages and further price surges at a time of rising inflation around the world.

In response to a request for comment, the LME said it “does not currently plan to take independent action outside of the scope of sanctions – for example, by placing restrictions on the circulation of metal produced in Russia within the LME system”.

“Our priority is to maintain an orderly market for the benefit of all market participants, and we will, therefore, keep this decision under constant review and ensure we maintain a dialogue with governments as the situation evolves.”

According to three sources, the LME’s Copper Committee – which largely comprises producers, consumers and brokers – last week voted for the exchange to ban new deliveries of Russian copper into the LME system.

Metal produced by Nornickel (GMKN.MM), Rusal (RUAL.MM) and Ural Mining and Metallurgical Company is on the LME’s list of approved brands for delivery against its contracts.

Suspending new deliveries of Russian metal would exacerbate already tight supplies, analysts and traders have said, and fuel a jump in prices similar to that seen after the U.S. Treasury Department imposed sanctions on Rusal and the LME delisted its aluminium in 2018.

Aluminium prices jumped 30% in just a few days after the move.

A ban may also prove unlawful if no sanctions against producers are in place, according to four sources.

“They would be sued (by the affected parties) if they tried to do this without sanctions on Russian metal producers,” a source on the copper committee said. “The copper committee is an advisory committee, we can only suggest what the LME should do.”

The LME declined to comment specifically on the potential for lawsuits. Norilsk Nickel did not immediately respond to a request for comment.

Rusal said it maintained regular contact and dialogue with the LME, adding its “aluminium remains very much deliverable and tradable on the exchange and it will continue to provide a stabilising effect on the market and pricing.”

Sources familiar with the discussions at the copper committee meeting said some who voted for suspension did so on ethical grounds, but that others could have been motivated by the prospect of higher revenues if prices jumped.

Some metal consumers are shunning material coming from Russia, the sources said.

“More and more downstream customers are asking: ‘what are you doing with the Russian metal? Do you have any? I don’t want any of it’,” a copper products maker said.

Stocks of aluminium , copper and nickel in LME-approved warehouses are already historically low and part of the reason behind recent explosive price spikes.

Benchmark nickel on the LME has been climbing for some months as stocks dwindled in approved warehouses because of strong demand from electric vehicle battery makers.

On March 8, nickel prices spiralled above $100,000 a tonne after China’s Tsingshan Holding Group bought large amounts of the metal to reduce its short bets on lower prices, sources have said. read more

“The last thing the nickel market needs right now is a ban on Norilsk’s metal,” a metal trader said.