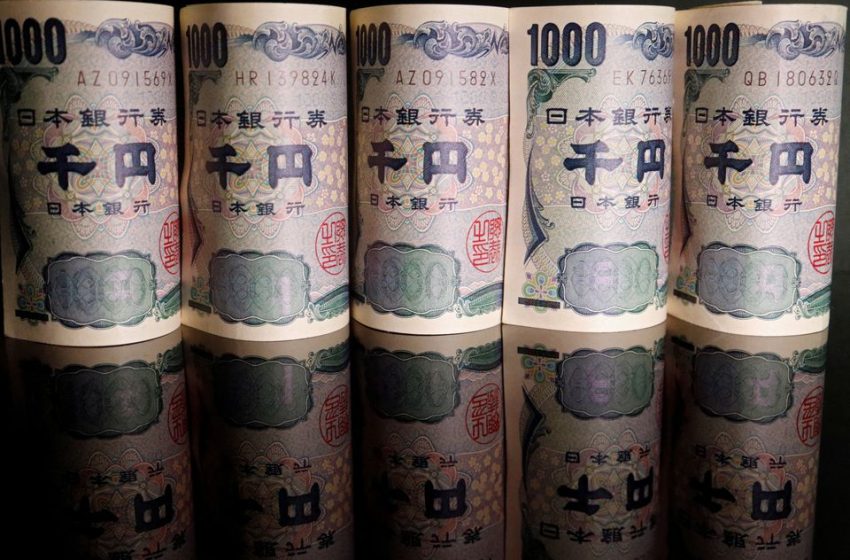 TOKYO, Oct 20 (Reuters) – Japanese policymakers made fresh threats of intervention on Thursday after the yen tumbled past the key psychological level of 150 to the dollar, keeping investors on high alert in case Tokyo steps into markets again to support the fragile currency.

After the yen’s first break beyond the symbolic mark since 1990, top currency diplomat Masato Kanda told reporters that authorities were “always ready to take necessary action as excessive volatility has become increasingly unacceptable.”

Kanda, vice finance minister for international affairs, said he will not comment on whether Japan was intervening now or have stepped into the currency market earlier on Thursday.

The breach of the closely watched level heightens pressure for Tokyo to step into the currency market again to rein in the yen’s relentless decline, which is adding to the country’s already swelling import bill.

It also puts the Bank of Japan (BOJ) in the spotlight ahead of a policy meeting next week, when it is widely expected to maintain its ultra-low interest rates that are blamed for pushing down the yen.

“We cannot tolerate excessive, rapid currency market moves driven by speculative action,” Suzuki said. “We will continue to watch currency moves meticulously and with a sense of urgency,” he said. Suzuki said he won’t comment on specific yen levels.

The dollar has surged some 30% against the yen this year, despite Japan spending up to a record 2.8 trillion yen ($19.7 billion) intervening in the foreign exchange market in September to support its currency.

“It’s a big psychological level that could trigger intervention … people have been anticipating intervention for a while,” Moh Siong Sum, currency strategist at Bank of Singapore, said of the 150 to the dollar threshold.

“People are going to look over their shoulders for a while and see whether there’s any action (intervention) or not. If not, they’re going to push it further, higher. That’s how the market goes. The next resistance I see would be around the 153 level.”

The BOJ, for its part, ramped up efforts to defend its 0% bond yield cap earlier on Thursday with offers of emergency bond buying. Its dovish governor, Haruhiko Kuroda, has repeatedly ruled out the chance of raising the bank’s ultra-low rates to moderate the yen’s downtrend.

The Ministry of Finance’s dollar-selling, yen-buying intervention last month was the first time authorities had acted in the markets to prop up the yen since 1998.

Japanese policymakers have signalled that they were watching the speed of yen moves, rather than targeting a specific level, in deciding whether to intervene.

While market worries about intervention have slowed the pace of yen falls, analysts expect the currency to remain on a downtrend as long as the BOJ remains a dovish outlier among a global wave of central banks hiking rates, including the U.S. Federal Reserve.

“With the Fed still in tightening mode and interest rates certain to be raised further, versus the BoJ continuing to pursue a completely opposite ultra loose monetary policy … the dollar was always going to continue its appreciation against the yen,” said Stuart Cole, head macro economist at Equiti Capital in London.

“I think there are too many supply-side issues that need to be overcome and so far there are very few signs that Japan is serious about tackling them. So, the ultra-loose monetary stance looks set to continue indefinitely.”

The BOJ faces renewed challenges in keeping long-term interest rates stably low with its policy dubbed yield curve control (YCC), under which it pumps money aggressively to cap the 10-year bond yield around 0%.

Once welcomed for the competitive boost it gives exports, the weak yen has become a headache for policymakers as it inflates the costs of already expensive imported fuel and raw materials, putting more pressure on businesses and households.